During primary school, a teacher of mine said something to me that I thought was stupid. I relayed it to my mother and her response was: “Your teacher isn’t always right.” This had a huge impact on me then. For my mother just gave me permission to doubt and question authority.

Like most young Muslim women in Malaysia, I was subjected to an incredibly patriarchal interpretation of Islam as unquestionable truth. All my sources or ‘authorities’ on Islam were terrible. From that misogynistic Ustaz who ripped up my Spice Girls pencil box to the people who taught us that girls on their periods were ‘dirty’ and that LGBT people were most definitely going to hell. I knew even then in my gut that something about it was very wrong. At the time, I could not distinguish between authorities, interpretations and Islam, and as a consequence, I rejected Islam altogether.

I didn’t really think about it again throughout my teens and my early twenties. I didn’t really have to engage with Islam beyond cultural obligations like Hari Raya. Moving to Melbourne, Australia, for my studies distanced me further from Islam, or the authorities I associated with it. In fact, I grew quite ignorant of Islam and Muslim experiences.

That was until I had a conversation with an Australian friend of mine just before I came back to Malaysia. We were somewhere in the city. I saw some Arabic script on a billboard and read it out to my friend. He turned to me surprised, saying he didn’t know I spoke Arabic. I answered that I didn’t, I could just read it. He asked what it meant, and I answered, I don’t know.

This really blew his mind. How could I possibly be able to read a language and not know what it meant? It had never occurred to me that this was weird, because it was the norm back home. I really had to stop and think about it, about the kind of indoctrination of Islam I experienced as a child. What was the point of teaching me just enough to read a language but not enough to understand it if not to prevent me from questioning what I was being taught? For the first time, I was really angry at the authority. My focus had shifted from Islam to the authority, even though I still didn’t have the tools or capacity to disassociate the two. But my gut told me that this authority — and how I was taught — was wrong. 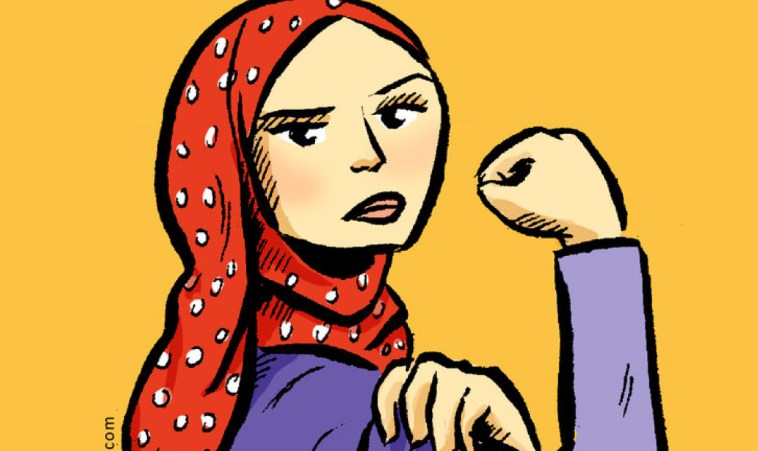 In the meantime, I learnt more about human rights. That framework easily made sense to me, that everyone is created equal and should be treated as such. There weren’t any exceptions to that rule, which was a far cry from what I knew of Islam, which had so many rules, so many harams.  At that point I thought Islam and human rights to be so diametrically opposed that I kept pushing Islam aside.

I slowly started getting some answers when I learnt of the work of Sisters In Islam. Here were some incredibly bad-ass Muslim women who were directly challenging the authority, claiming Islam for themselves and denying that Islam was patriarchal by nature. I’ll admit it was conflicting and hard to digest at first. There was so much to unlearn. But what they were saying just made sense in the gut, especially since they relied on the lived realities of Muslim women. If Islam is supposedly just and compassionate, then surely the patriarchal Islam that I grew up with can’t be the truth? If the Quran is supposedly for all of eternity, then why do I need to rely on patriarchal interpretations from Arab men from a thousand years ago that can’t possibly relate to my life?

This gave me some language and tools to divorce Islam from those who proclaim authority over it. It gave me affirmation to identify as a Muslim woman. But at the same time, I had also come to terms with my queerness. What about the homophobia in Islam? What about the story of the Prophet Lot that is always the reference cited against LGBT people? It still didn’t sit well in the gut and I couldn’t fully embrace that Islam had a space for me.

A space full of love and acceptance

That all changed when I went to a Queer Muslim conference in Cape Town, South Africa. There we completely deconstructed the passages referring to the Prophet Lot (or Nabi Luth in the Malay language) and I realised the common interpretation of it that was used to condemn LGBTs was rubbish. From what I could see, it was clearly a story that involved rape and had nothing to do with consensual queer relationships or any notion of homosexuality as it is known and lived today. More importantly, the Queer Muslim narrative is not just about Lot. There are many other passages in the Quran that affirm queer identities, like the one that says every being is equal and has a right to dignity. These ideas are not at all incompatible with human rights as it turns out.

Bigger than deconstructing that passage for me was being in that conference space. Here were almost 300 people from all around the world, a majority of whom were Queer Muslims. It is a community that is insanely oppressed and who have as much reason as anyone to be absolutely angry with Islam. And yet it was the most compassionate Muslim space I had ever experienced, in direct opposition to everything I knew and had previously experienced about Islam. These Queer Muslims were so full of love and acceptance that I finally felt there was a space for me in Islam as a Queer woman.

I found a new gut feeling: if I believed in a God and that They are my creator, then my Queerness is undeniably part of that creation and They could not possibly condemn me for it. I know this in my gut because it is my lived reality, my truth.

A clash between authority and lived reality

I was inspired by a recent text I read called Women’s Ways of Knowing: The Development of Self, Voice and Mind by 4 feminist psychologists, Mary Belenky, Blythe Clinchy, Nancy Goldberger and Jill Tarule. These women found 5 perspectives of knowledge, and one of them in particular struck a chord with me. It was the idea of the Subjective Knower, that at some point there will be a clash between what is learnt from authority (usually men) and what is our lived reality (as women). As I mentioned earlier on, it was that feeling in my gut that I know what the authorty is trying to tell me is wrong.

Nowadays, I am quite confident to identify as a Queer Muslim woman. But only in personal spaces. I still have to write this piece anonymously because the reality is that it isn’t safe for me to publicly say these things. A lot of Muslims in Malaysia still believe that it is Islamic to condemn an entire community of people to suffer. We do not have the capacity to disassociate Islam and the people who claim ‘authority’ over it because a lot of marginalized people do not have access to safe spaces away from the ‘authority’ for self-reflection. And this ‘authority’ will never understand the gut feeling, because a domineering, patriarchal interpretation of Islam serves to benefit their power and privilege. But lived realities matter. The biggest sin is how I was taught that the ‘authority’ and Islam are one and the same, that to question one is to question the other, and that my lived reality could be prayed away. Well, I’ve come to a point where the ‘authority’ will never define my Islam and my truth for me again. And my gut is pretty damn okay with that.