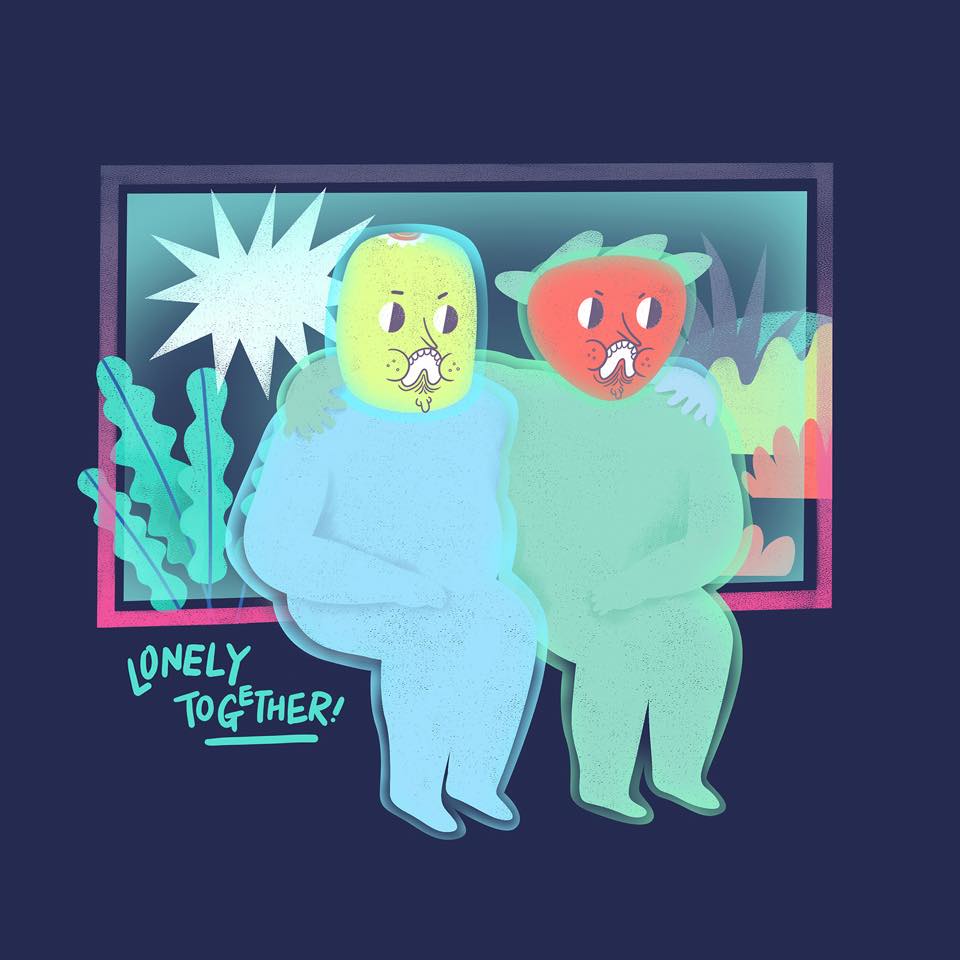 In Malaysia, many LGBTQ+ persons face discrimination and hatred. Some are forced to go underground or remain invisible. Yet we are here. Having had lived through hardships, what do we wish we knew when we were growing up?

Growing up in Penang as a non-binary person, who does not identify either as male or female, was isolating. I couldn’t identify being male or female in a world that emphasises on the existence of only two genders. I thought there was something wrong with me, that I was making a fuss out of nothing. I grew insecure, afraid. unhappy, anxious and angry. It was only until my early 20s did I find the words to describe who I am.

I wished that there was someone I could meet back then to tell me that there was nothing wrong with me, to say that I would be happier when I learned and accepted who I was: as a non-binary agender person (a person with no gender).

If I had the chance to talk to my younger self, I wished I could have said this:

“There is nothing wrong with you as the world has led you to believe. You are as flawed as every other human being, no more and no less. You are not unlovable. So do not strive to be what you are not and be who you want to be.

Mental illnesses are not forever. I know you deeply believe that it will never get better and that you are trapped in this wretched existence forever, but you are not. You will get better. You will get stronger.”

I wanted to know what others thought. So I posted this question to a Facebook group I run with my friends:

“We have all gone through life with hardships, struggles and triumphs. Looking back, what would you like to say to your younger self?”

Below are the collected wisdom from our members. May they mean something to you too.

Sometimes it takes us longer to figure out who we are. After all, local LGBTQ+ persons experience additional obstacles in life due to little knowledge on LGBTQ+ matters (and access to said knowledge), support and widespread condemnation.

“It’s not a phase! Go get yourself some hormone replacement therapy you beautiful individual.”
– 28, lesbian trans woman, Bangsar

“You will try on several labels before you finally find the ones that feel right. Sometimes even they don’t feel right. But it’s okay. You are the most courageous person in the world because you had to figure it out all alone. You did great. You will continue to do great.”
– 27, cis panromantic demisexual woman, KL

“It’s okay to come out even it’s earlier (for me, personally). Nothing’s gonna change. The people you already know will still love you for who you are. Anything can be beautiful when you look at it with love.”
– 28, cis gay man, grew up in Penang, living in KL

A few contemplated on past relationships,

“Your one real relationship has been unhealthy and sometimes toxic. Walking away is the best decision you can ever make for both of you.”
– 25, cis gay man, grew up in Taiping, living in KL

“Don’t get into a relationship with your first and only girlfriend, so you won’t cause her showers of tears for three years.”
– 26, cis gay man, Cheras

And their life choices.

Many reflected struggles of having the courage to be themselves,

“Be yourself – Of course that means a little more than dreaming of a pair of LV shoes (still nice to have) or spending hours in front of a mirror (minutes will do as vanity is part of us). Be yourself is a demanding journey of self-discovery that needs to be balanced with compassion, charity and love for others. In the end it’s a very fulfilling journey.”
– 52, cis gay man, French living in KL

And appreciating their individuality and that of others.

“Manage expectations on others you meet. They’re not you, they don’t think like you, they don’t consider as many things as you do, they’re different. Everyone is. So get what you want by being fine with whatever others have to provide for your life’s enrichment. Work with what you’ve got.”
– 21, cis gay man, Cheras

“There will be people who will appreciate you for who you are! … Appreciate your quirks. If everyone’s the same, the world would be a boring place. There is nothing wrong to be different from everybody else! Never be enslaved by convention.”
– 20, cis gay man, grew up in Ipoh, living in PJ

Of course, everyone has mild regrets here and there…

… And accepting that some things will never change.

“Mum isn’t going to change – it is okay to stop trying to build a good relationship, just have a cordial but distant one and it will save you heartache.”
– 33, cis bisexual woman, grew up in Petaling Jaya, living in London

Many of us are still recovering from the hardships we have faced.

“Leave that 4-5 year on-off roller coaster relationship. The dynamics fucked you up then and you continue to suffer the consequences today.”
– 36, pansexual, Petaling Jaya

Therefore, most provided words of encouragement.

“Seize every opportunity that is thrown to you, and don’t second guess your abilities because your much stronger than you think you are. … When you allow yourself to be yourself and not hidden behind a mask, you will be amazed at what you can achieve or endure. Believe in yourself and your abilities.”
– 38, cis gay man, grew up in Selangor, residing in Singapore

Despite our struggles, many of us believe in hope. We have hope in ourselves and in each other.

“Whatever hardships I face today, it will pass. It’s important to be able to envision that things will get better.”
– 37, cis lesbian woman, grew up in Kuala Selangor, Glasgow, Ipoh, Shah Alam, living in KL

“You will have a crazy awesome life. You will have plenty of adventures. Keep being the crazy you who will go out of your comfort zone.”
– 36, pansexual, Petaling Jaya

Because life can give you so much more. Open your heart. Relax. Go with the flow.

The responses we obtained were diverse and encouraging – they show courage, kindness, strength, defiance, inspiration, love, and humanity.

We hope that if you are reading this as someone with limited knowledge and interaction with LGBTIQ+ people, you would find that you have more in common with us than you think. If you are an LGBTIQ+ or simply someone struggling to live by day-to-day, I hope you would find comfort in the knowledge that you are not alone in your struggles.

Compiled and edited by: Jade See

PLUHO is a group that focuses on creating platforms to empower the LGBTQ+ community through the creation of solidarity networks in Malaysia.