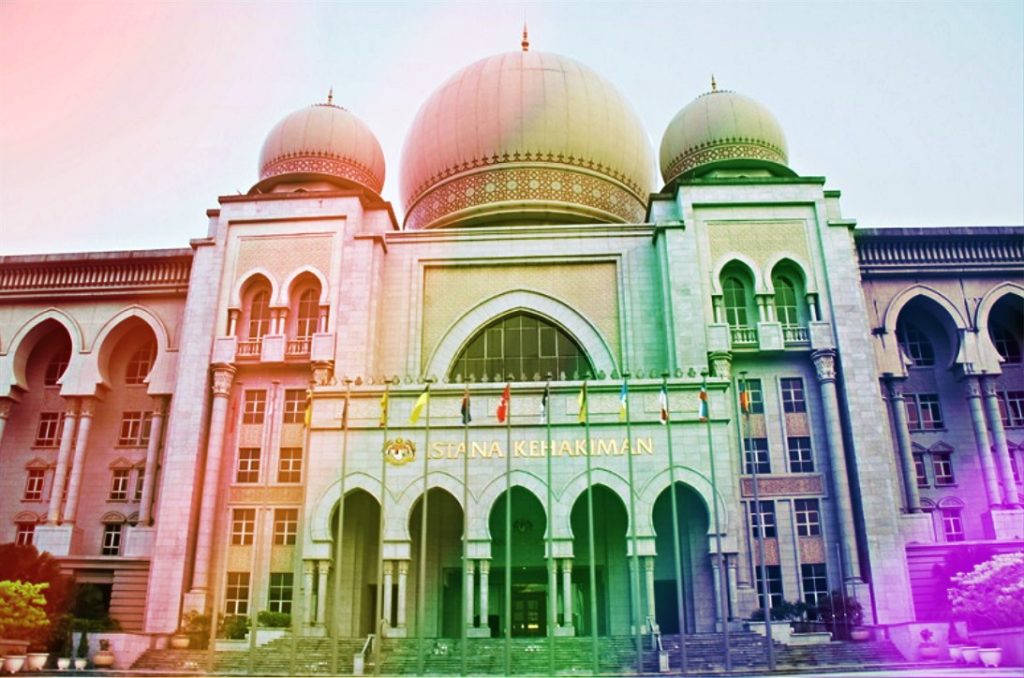 The news has just broken on a number of groundbreaking civil court cases that will impact all Malaysians, especially LGBTQ people.

Sexual intercourse against the order of nature under Section 28 of Shariah Criminal Offences (Selangor) Enactment 1995 is being challenged at both the Federal Court and the High Court. Here is everything you need to know.

What are these cases about? 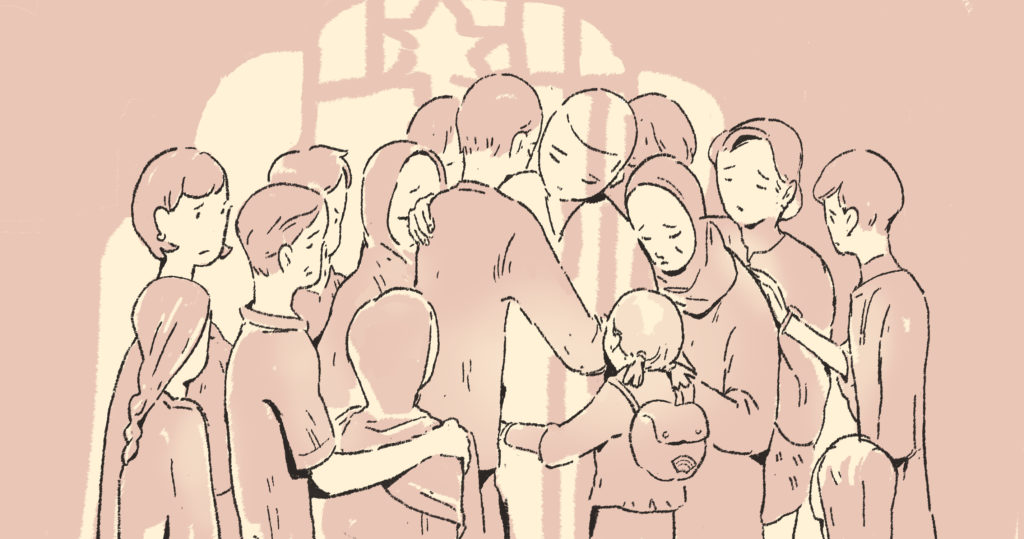 Queer Lapis reported on the 11 men (now 12) who were charged under Section 28 (read together with Section 52) for attempting to have sex. The men were arrested in November 2018 and have trials in the Syariah courts in late 2019.

One of the men who pleaded not guilty to the charge has gone to civil courts to challenge these charges by filing two applications:

*Leave for the judicial review was granted in January 2020. Leave means that the judge has established that the case is valid and they have allowed the full and substantive hearing to take place later. However, the judicial review action has been put on hold so that the petition could commence.

Is there a summary of the outcome of the Federal Court hearing?

A summary of the leave hearing and the full decision made by the judge can be accessed here.

What are the problems with Section 28?

Here are some infographics that show why Section 28 is unconstitutional and how it impacts our rights. 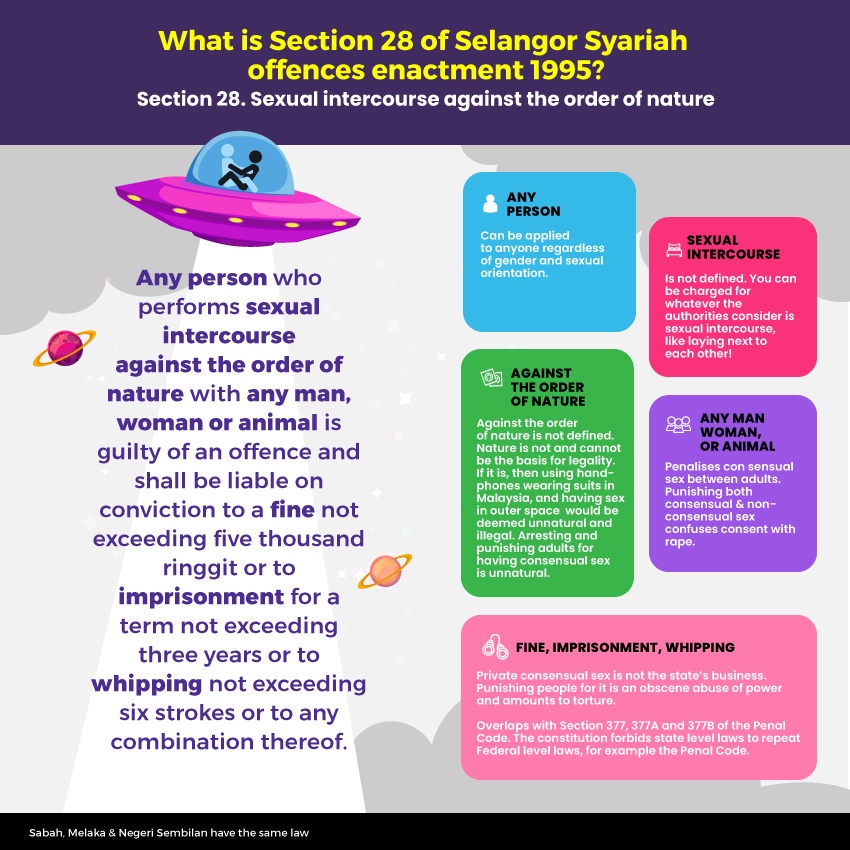 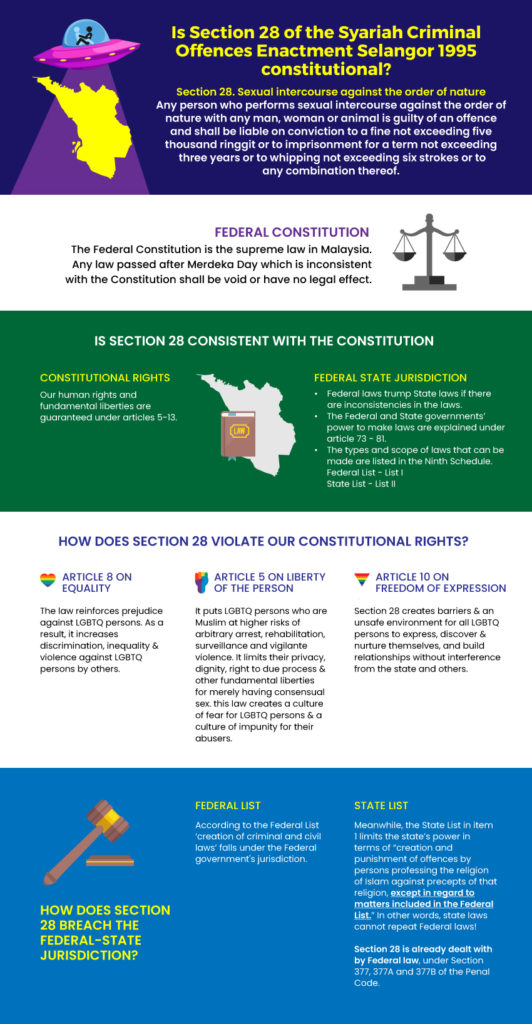 What are LGBTQ groups saying about this case?

Here is a snippet of the joint statement released by the LGBTIQ network in Malaysia regarding the case:

Spokespersons for the LGBTIQ+ Network, Thilaga Sulathireh, Numan Afifi, and Chong Yee Shan, stated, ‘Based on past experience, some may claim this is petition is against religion, but this is fundamentally a petition against injustice and inhumanity’, adding ‘We hope to discuss the erosion of boundaries between federal and state, privacy and community and reasons for the increasingly hysterical discrimination against LGBT persons.’

Although states do have the power to enact Muslim laws, they cannot when a law already exists — as in, Item 1 of the State List which allows for  ‘creation and punishment of offences by persons professing the religion of Islam against precepts of that religion ‘except in regard to matters included in the Federal List’. Section 28 of the Syariah Criminal Offences (Selangor) overlaps with Section 377 and 377A of the Penal Code, a Federal law. It is inconsistent with the Federal Constitution.

Read here for the full statement.

I want to join the LGBTQ community in fighting for their constitutional rights! How can I help?

Law is not one of my strengths. Is there anything I could read to help me learn more?

Here are some legal resources that Queer Lapis has prepared for your knowledge: