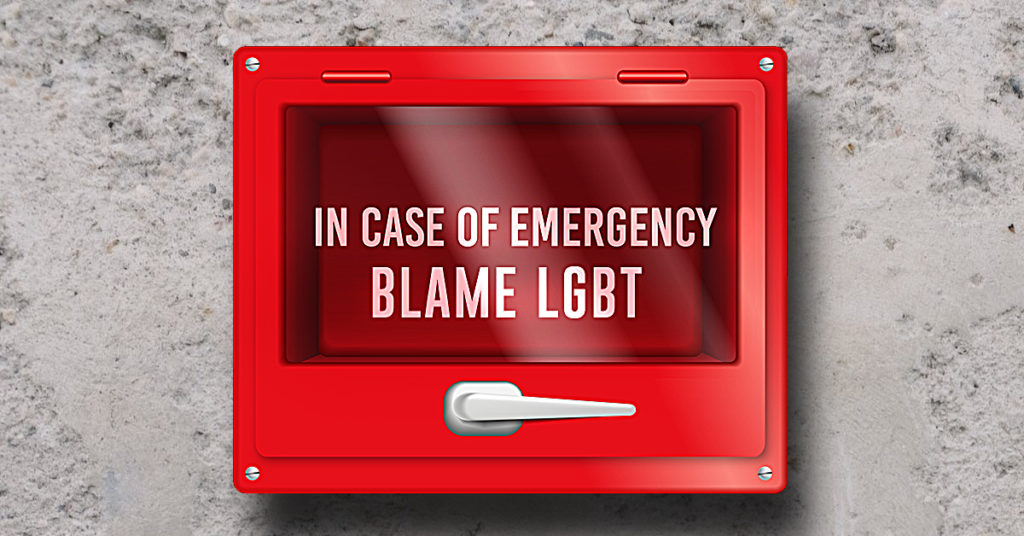 Did Covid-19 jump off bats? Or was it pangolins? Or snakes? Was the virus made in a secret lab? Or was it simply divine punishment for the “vices” of a “sex-crazed” and “unrepentant” community, according to some Malaysian social media posts?

One Facebook post that went viral among Malaysians (with 20k shares) attempted to explain why some countries turned into Covid-19 hotspots; apparently, they are a result of Muslims and exotic animals being “cruelly killed” in China, “homosexual festivals” in Italy, and the killing of Muslim Sunnis in Iran. This is why the Almighty has punished these countries, and by extension, the rest of the world. Also, according to the post, God sent the virus to Mecca to “cleanse” the sacred site from the “dirty” actions of transgender people who proudly carried out their umrahs there.

When the writer of the post reaches his final point, he talks about Malaysia. He writes: “Maybe Allah wanted to remind us that there is a rise in the number of transgenders, all proud that they can change their gender”. “Maybe”, he says. When it boils down to a situation that affects him, he is no longer so confident of these claims. Perhaps he realises he is being punished too; now we are all sinners.

Such beliefs about the link between homosexuality and global disasters are not unique. The LGBTQ+ communities have long been blamed for disasters like hurricanes, floods, fires and yes, even pandemics. There’s a story about how the Roman Christian Emperor Justinian, in the sixth century, published a code against same-sex relations that stated: “For because of such crimes [as men engaging in same-sex relations], there are famines, earthquakes, and pestilences” (pestilence is an old biblical word for epidemic diseases).

Even our Parliament has regularly heard that same-sex relations could incur Allah’s wrath. For example, Noor Azmi Ghazali, who is now one of our deputy health ministers, urged the government last year to reduce the “LGBT rate” in the country, which he said was the cause for HIV infections. No, HIV is not caused by LGBTQ+ people, but blaming LGBTQ+ people for disasters and diseases does spread like a virus. So it should come across as no surprise when some of this rhetoric crops up on our social media timelines. To date, there are about 10 posts of the same text posted on Facebook by different persons, each of them attaching different images, totalling about 40k shares between them.

An increase in hate crimes around the world

Perhaps this is why it’s become normal for many to trivialise LGBTQ+ hate crimes, because they see violence on LGBTQ+ persons as part of divine punishment. When most of society—from the parliamentarians we voted for to netizens online—starts bashing the LGBTQ+ community, it becomes normalised. Nobody needs to bother to think about the logic behind an earthquake or a pandemic being caused by two men having sex.

Make no mistake that blaming LGBTQ+ communities for Covid-19 have consequences. We are already seeing an increase in hate crimes around the world amid the coronavirus pandemic; reports show that people of Asian descent in America are being targeted. Covid-19 is creating complex challenges that are directly impacting the LGBTQ+ communities, according to Helena Dalli, the European Commission’s Commissioner for Equality—issues such as domestic violence and homophobic or transphobic abuse when they are confined to their homes, or denial of equal social protection and healthcare. This is happening in Malaysia too according to this Queer Lapis article. In fact, with all the blame on the various communities, it should be expected that people who are blamed will feel hesitant to come forward if they have Covid-19 symptoms. Which would defeat the point, right?

So, what did cause the virus then?

To be honest, I don’t think the answer is as clear-cut. It would appear that the scientific community is still in the dark about this particular virus, how it spreads, and how to beat it. As mentioned earlier, speculations have been rife that the virus originated from animals—which animal is anyone’s guess, really—but this has not been proven yet. Viruses do jump the species barriers regularly due to genetic mutation, which is a fact of biology.

And why is this specific crisis getting worse? We know the virus spreads through contact and droplets. We know that social distancing is necessary to prevent the spread of the virus, yet we still find people flouting the MCO. We know the latest Health Ministry recommendations ask that we immediately shower and wash our clothes when we return home from the shops, yet we still stubbornly resist and carry on—I’m looking at you, dad!

Due to the lack of face masks and other Personal Protective Equipment (PPE), our healthcare workers are being left without adequate protection when treating Covid-19 patients. Many of them have been infected and some have died. Some have to resort to making their own masks. There is also conflicting information from government authorities about whether we need to wear face masks in public spaces or not, despite health officials and the World Health Organization recommending the use of face mask only if a person is sick and showing symptoms.

What about protecting vulnerable and marginalised groups?

We also know that 44% of the positive Covid-19 cases were directly linked to a tabligh gathering at the Masjid Seri Jamek in Selangor, and that at least 4000 of them remain untested. At least five generations of cases have been linked, meaning friends of friends or neighbours of neighbours of those who attended the gathering got infected.

Perhaps the blaming of LGBTQ+ persons might be a sort of defense mechanism among those who are accused of spreading the virus. But I wonder how long this blame game should be accepted. Shouldn’t we be focusing our effort instead on getting the government to provide consistent messaging on Covid-19? What about addressing the number of fake news making rounds online that is confusing everyone and leading to widespread panic? What about protecting vulnerable and marginalised groups, whether the poor, orang asli and orang asal, refugees, or LGBTQ+ communities? At such times, what would be really welcomed is if the government promotes socially unifying messages that we are all in this together, whether we are from the tabligh cluster or LGBTQ+ communities, so that we stop blaming each other and start looking out for each other.

So those are the facts. It makes absolutely no logical sense to say that LGBTQ+ people are the cause of a virus spreading. What leads to more cases being recorded by health officials in Malaysia is when people who are at high risk of contracting the virus don’t seek testing.

What spreads Covid-19 is ignorance. Not being gay.