by JUSTICE FOR SISTERS. 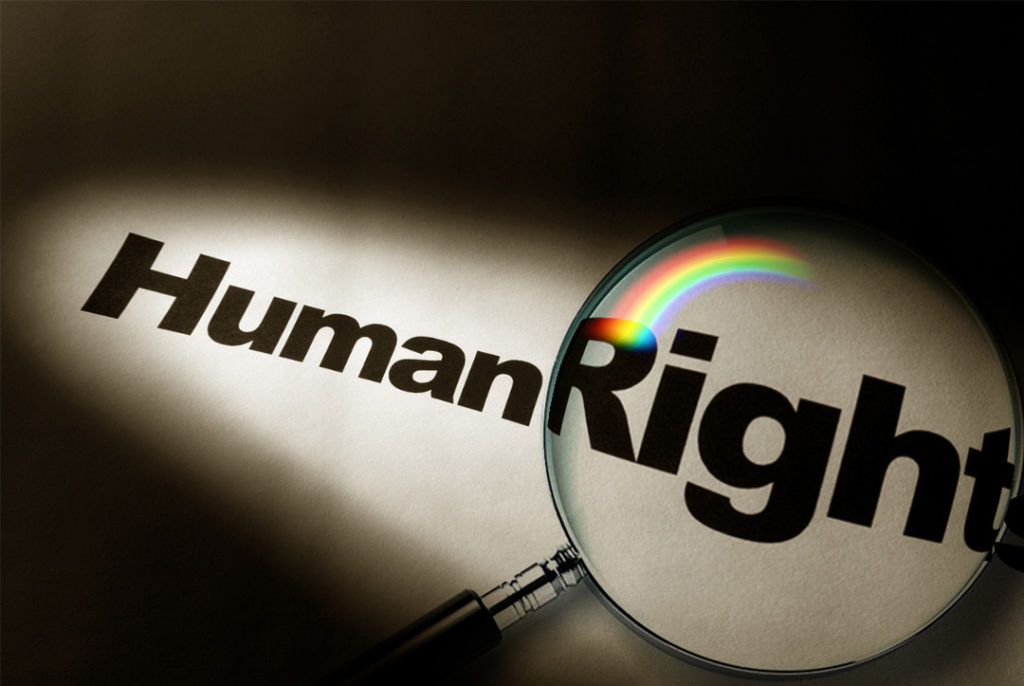 This November 2018, Malaysia’s human rights record is going to be put under a magnifying glass for the whole world to see. Yes, it is time for our 3rd Universal Periodic Review (UPR) at the United Nations Human Rights Council in Geneva. In the next few months, you are likely to come across the terms ‘UPR’ and ‘COMANGO’ in the media, often in painted in negative light. But what is COMANGO and how does something so cute-sounding make so many powerful enemies? Let us explain. (Warning: this resource can be a little geeky and bureaucratic, even though we try to simplify it a little, so hang in there.)

The UPR, which stands for the Universal Periodic Review is a process of the United Nations Human Rights Council (UNHRC) under which human rights record of all 193 Member States are reviewed every 5 years. Remember, they are Member States. That means all of 193 countries who are members of the UN and agreed to be a part of this process to review each other’s human rights, including Malaysia. This was one way we got together and imagined a better world for all. 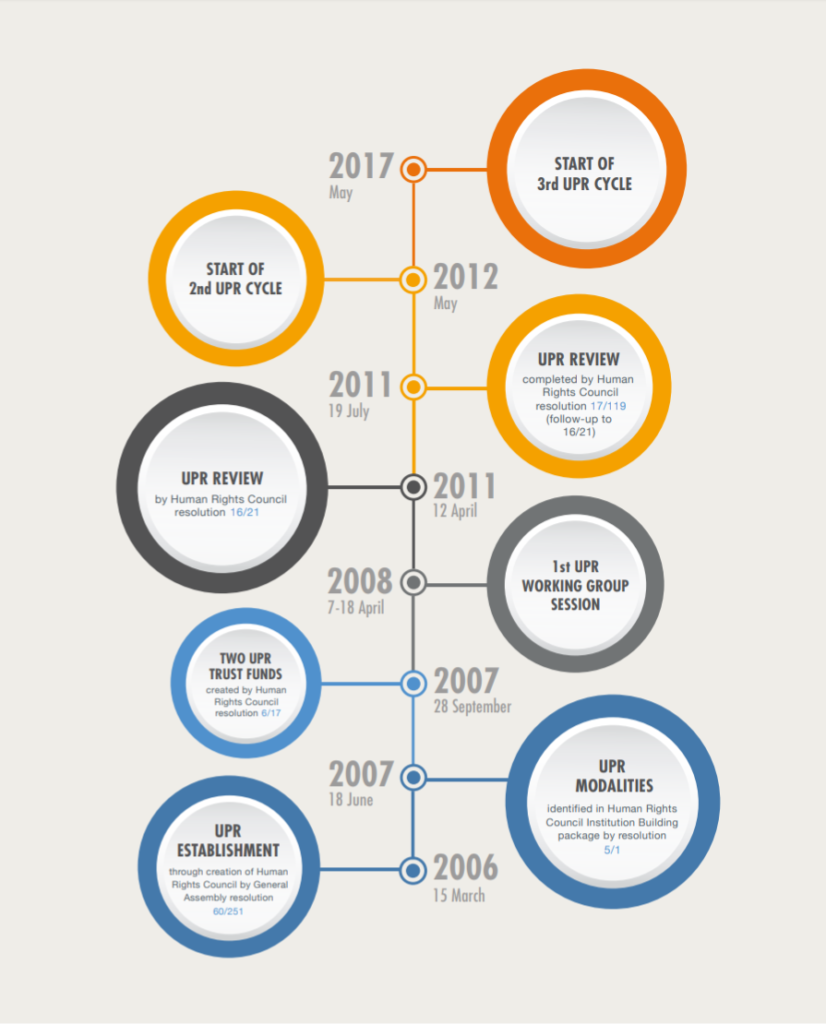 Member states or countries are reviewed based on:

Each country’s government will submit a report of their own human rights record. If you know what governments are like you will know they are very likely to exaggerate their own success and underreport their own failures. Therefore, the UPR process also receives reports from the NHRI and civil society organizations. In Malaysia, the civil society come together under The Coalition of Malaysian NGOs in the UPR Process, which gives us the fabulous name of COMANGO.

COMANGO is made up of 54 civil society organisations in Malaysia. In all three cycles, COMANGO has coordinated and submitted reports on human rights violations that continue to persist in Malaysia. As a human rights coalition, COMANGO upholds principles of human rights and is inclusive of all human rights issues. This means LGBTIQ organisations are welcome as part of the Malaysian human rights family. This makes some other less inclusive groups not so happy about our inclusion. Aside from LGBTIQ issues, issues on freedom of religion, Muslim women’s rights and others are also contested. The inclusion has also resulted in severe reprisals against COMANGO, human rights groups and human rights defenders. In January 2014,  COMANGO has been accused of being ‘un-Islamic’ and was even deemed illegal by the Home Ministry in January 2014. 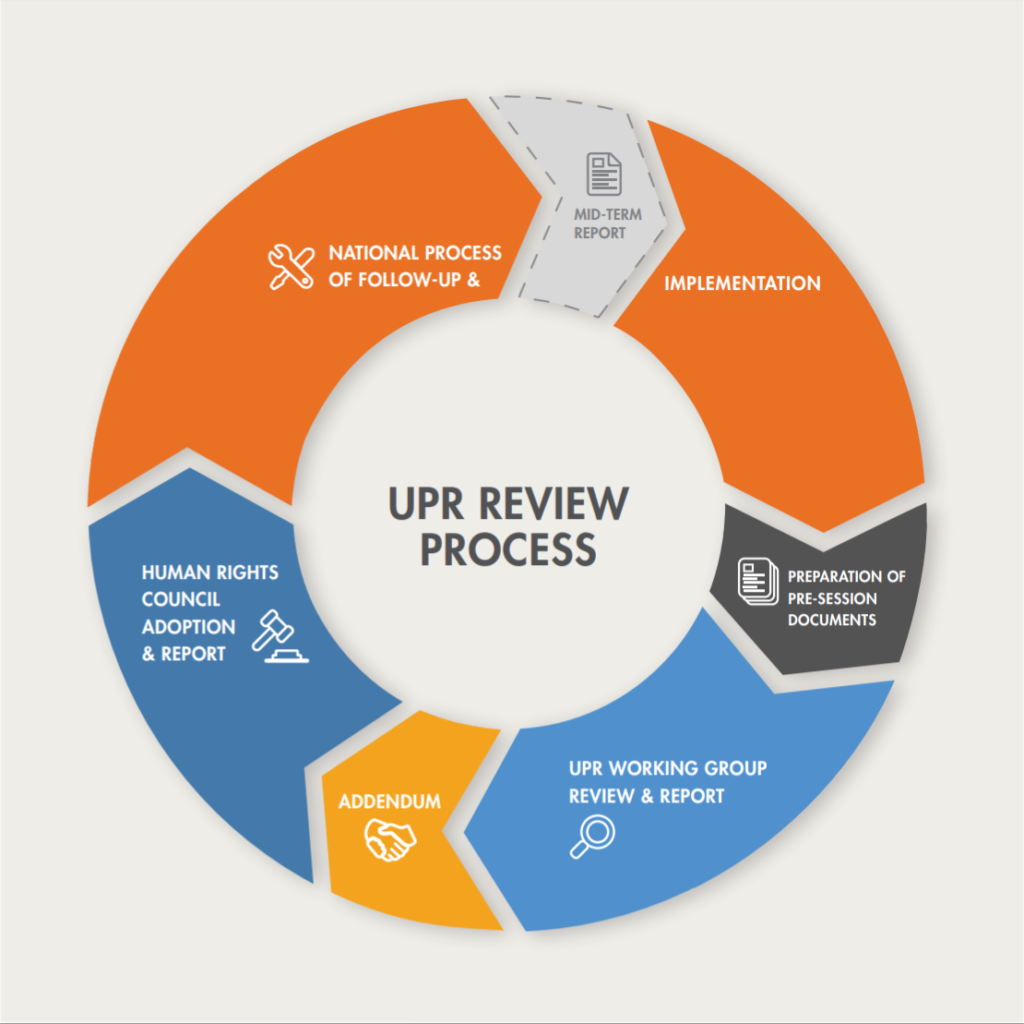 The UPR working group, comprising all 47 Member States of the UNHRC, chaired by the Council President, will review the reports and put together a report. Based on the reports, each country will be reviewed by other countries.

Recommendations received by Malaysia in each UPR cycle

The status of the implementation of the accepted and noted recommendations has to be reported in the the following cycle or in the mid review, which is an optional process.

What happens if a state is not cooperating with the UPR?

The UNHRC will decide on the measure in case of  persistent non-co-operation by a State with the UPR. For example, by requesting the President of the Council  to urge the State under review to resume cooperation with the UPR mechanism. The UNHCR may also refer the case to the United Nations General Assembly (UNGA). 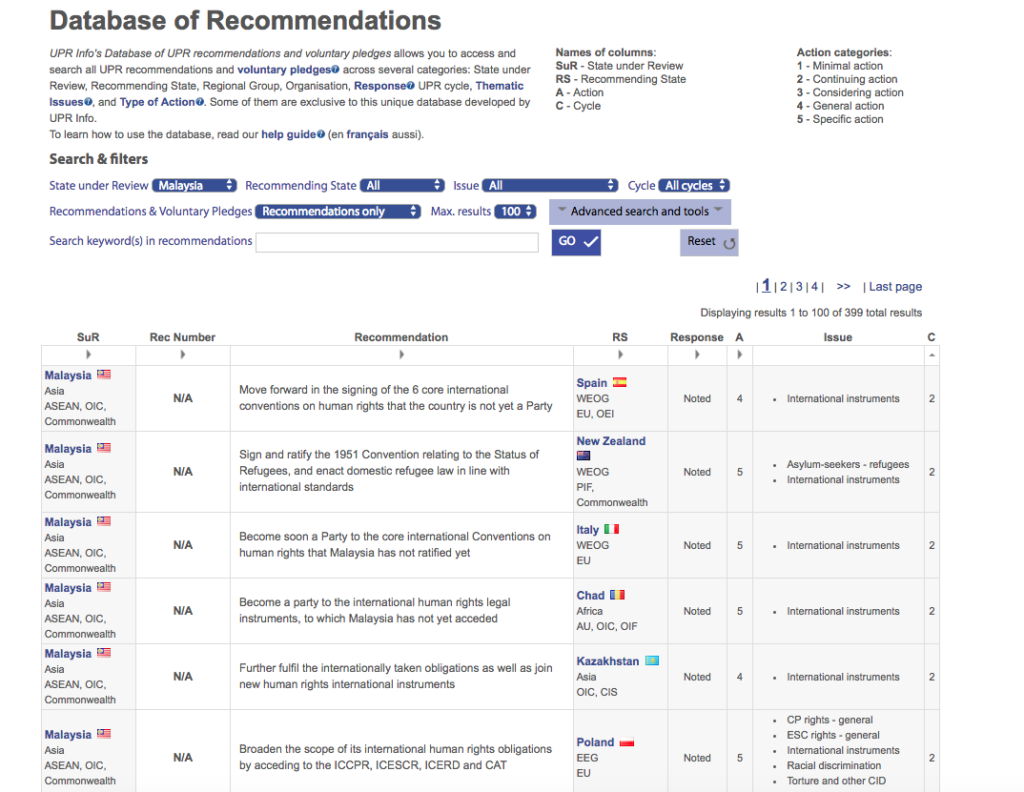 Recommendations not directly on LGBTIQ on SOGI but in relation

Since the review include reports by non-governmental organisations, we as civil citizens can also play a part in the UPR process.