The Right To Feel Everything: A workshop on vulnerability 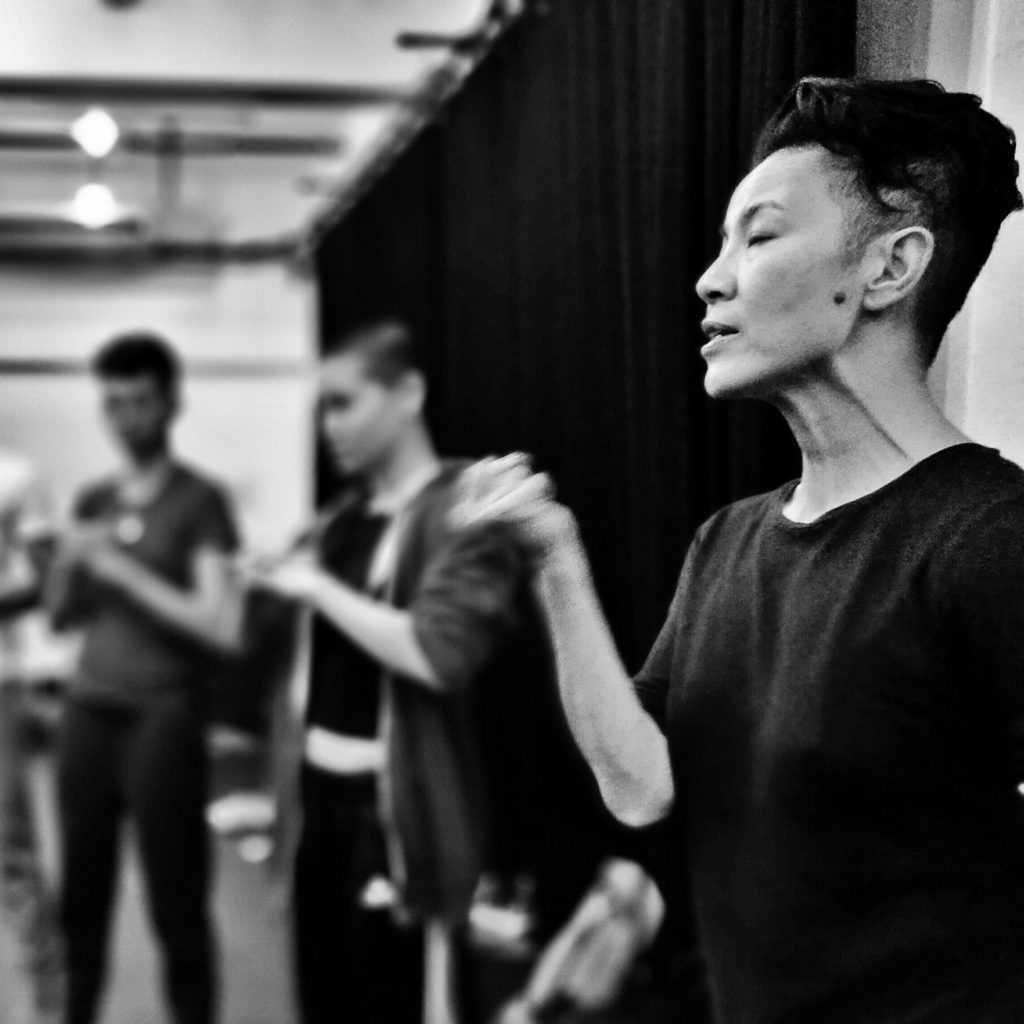 Our trainer began in tears. It was only the first session of our two day workshop on “The Power of Your Voice” by Malaysia-born Canadian choreographer Lee Su-Feh. She explained that she felt overwhelmed by everything she was experiencing in the moment: her first return to Malaysia after the elections; how it felt to be in Five Arts Centre again, where her career as a dancer started; how it felt to be surrounded by a community of storytellers and activists—how she was experiencing the events of the past 30 years in a single moment, under the scrutiny of a room full of queer Malaysian beings and allies. And true enough, we all sat in a circle, staring at her, waiting for her to begin, wanting her to be inspiring, enlightening, confident: a fully formed, indefatigable leader.

And she crumpled under the weight of those expectations and her feelings in this moment.

It was challenging for me to understand that at first, and I instantly pulled back. It’s a contradiction: I am moved by work that tugs at my heartstrings, that floods me with emotions, that speaks to a truth about the human experience, and yet, when someone cries in front of me, I often don’t know how to respond. I tend to withdraw and disconnect until the crying stops, because I don’t want to feel weak.

However, instead of hiding her raw feelings and composing herself before continuing, as perhaps we’d expect, Su-Feh kept speaking and acknowledged her right to feel everything, including fear—and by doing so she made room for us to do the same.

OUR ROOM TO SPEAK 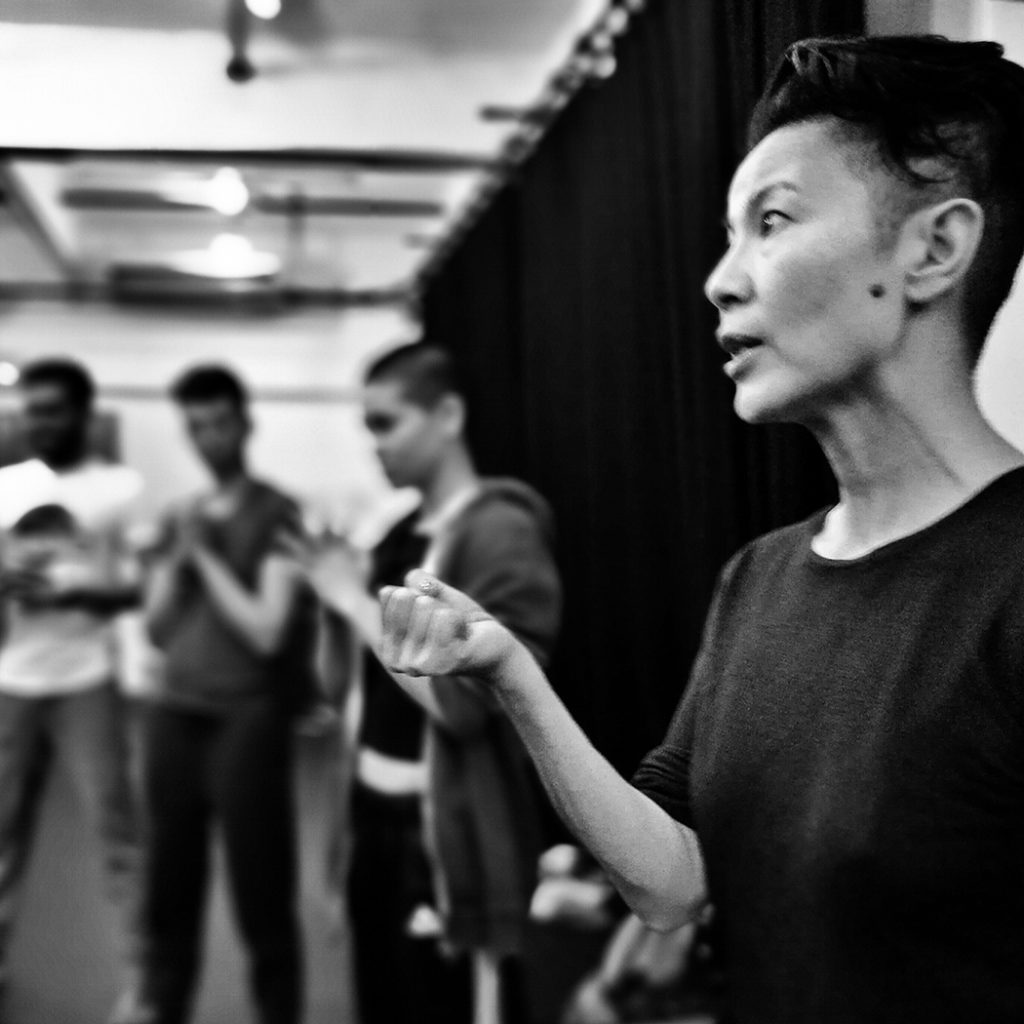 Over the course of our two days together, the workshop became our room to speak, not out of necessity but desire. We were an eclectic group of 20 people of different ages and professions, including activists, social justice workers, performers, writers, a lawyer, retail worker, a film-maker, and a film student who filled up the form put out by Queer Lapis. It was my first time hearing about Queer Lapis, and I was especially drawn to the idea of learning about voice technique in the company of the LGBTQ community.

Although “safe spaces” are often assumed in performing arts and to extent, gatherings of queer bodies, this was different. Since the workshop brought together both performers and non-performers, no assumptions could be made—and perhaps they never should be—about the varying degrees of comfort we each have with our own bodies, and our consent to physical and emotional manipulation (see Su-Feh’s article on consent). For the space to feel truly safe, we had to meet each other for the first time, introduce ourselves in full, and be encouraged to say ‘yes’ or ‘no’ at every step.

I signed up to this workshop because I have heard good things about Fitzmaurice Voicework ®. It was developed to “help people find and use their unique voices.” This is, of course, essential for marginalised communities. Even for those who are proud to be activists, voices can get tired and lost, sometimes to the point of no longer wanting to speak out.

There was one exercise called “tremoring” which was part of “destructuring” the body. In tremoring, we were asked to try different positions in which we’d remain ever so slightly past the range of comfort for the body, so that the engaged muscles would encounter a tiny shake or “tremor”.

The shaking occurs because the muscles stay in what is essentially a point of weakness. Rather than avoid that point however, we explored it, and allowed it to affect our breathing and the quality of the sounds we were making. Leaning into physical vulnerability very quickly became vocal vulnerability. When a voice is more guarded or restrained, it can sound thin and high pitched, but after the exercise in tremoring, and allowing ourselves to feel everything in our bodies, almost everyone’s voices sounded deeper and more resonant.

People spoke fluidly about experiencing a full range of emotions as a result. I believe that watching Su-Feh bare her own vulnerability enabled everyone in the room to speak with less shame, and more clarity.

AFRAID OF BEING STILL

Coming from a background of strict Chinese martial arts and dance training, I went into the workshop expecting harsh commands given, and a clear division between the instructor and the students. Instead, Lee Su-Feh made it clear from the beginning that our time together would be spent gently and carefully. She asked us to slow down and listen to our bodies.

With that, I faced the struggle that I often encounter in quiet spaces. When asked to slow down, as I’ve experienced when trying out other physical forms like Tai Chi and Yin Yoga, I become keenly aware of the feral nature of my body. Being made to slow down makes me feel like a restrained animal.

I have a tendency to define energy as an active, dynamic, strenuous force, and that makes it difficult to allow sensation to occur naturally. I feel my stomach compressing, squeezing and releasing, urging me to move faster; like an engine revving. I become impatient. My mind practically screams at me for action, when in truth I am afraid of being still. When my body isn’t moving, my brain takes over and my thoughts run circles around me. I feel like I’m not doing enough.

I have a long way to go in undoing the harsh expectations I have of myself, and of others. At times it keeps me from connecting with people, which means I am often unnecessarily angry and alone.

Perhaps this is privilege, perhaps it is a conditioned defence mechanism. It’s something that I am working on. 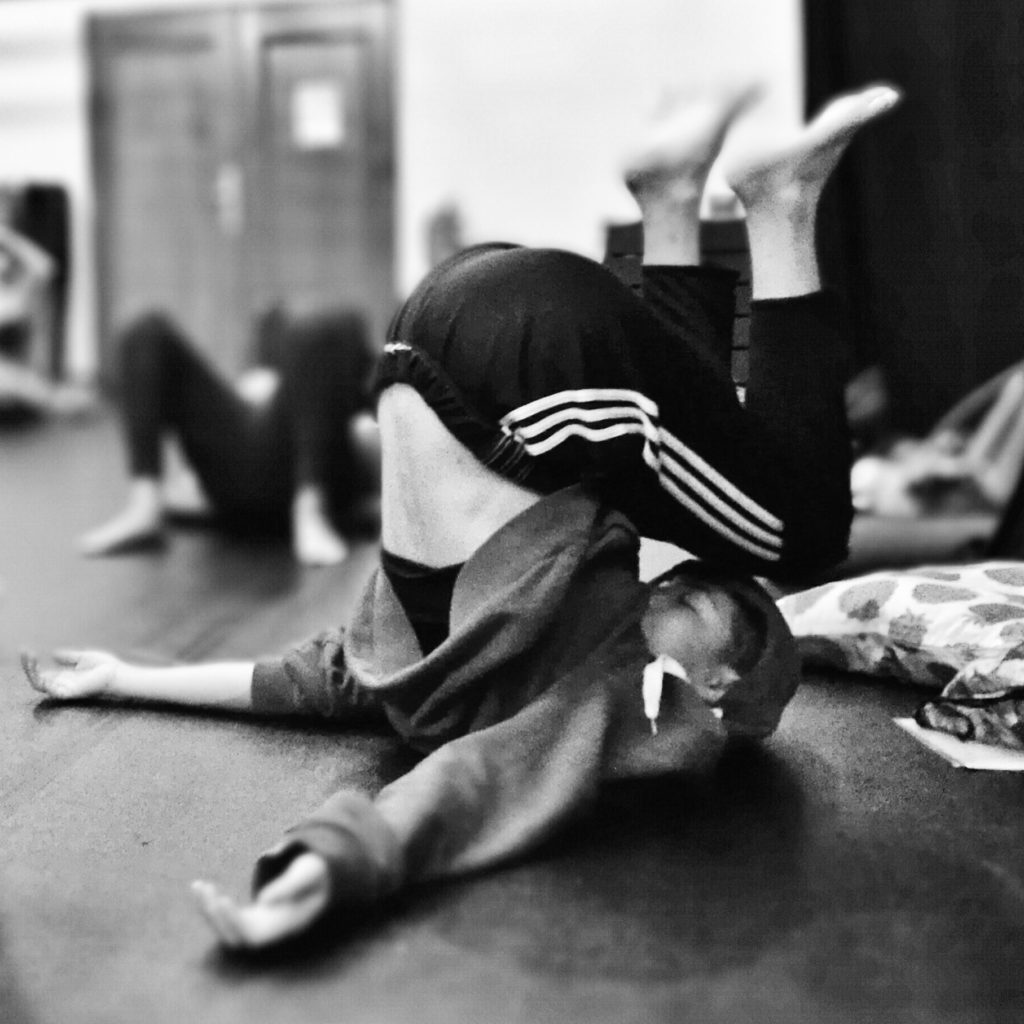 I listened to an On Being podcast once where Brene Brown mentioned a quote from Zen Buddhist teacher Roshi Joan Halifax on the importance of having a “strong back, soft front, and wild heart”. I went and looked up that quote afterwards and I’ll share it here:

“All too often our so-called strength comes from fear, not love; instead of having a strong back, many of us have a defended front shielding a weak spine. In other words, we walk around brittle and defensive, trying to conceal our lack of confidence. If we strengthen our backs, metaphorically speaking, and develop a spine that’s flexible but sturdy, then we risk having a front that’s soft and open… How can we give and accept care with strong-back, soft-front compassion, moving past fear into a place of genuine tenderness? I believe it comes about when we can be truly transparent, seeing the world clearly—and letting the world see into us.”

It’s that kind of tenderness that I am trying to find. I expected the class to be a technical lesson and it was, but more than that it felt like group therapy. At times it was overwhelming and exhausting, but it was also incredibly necessary and I consider myself lucky to have been there, listening. 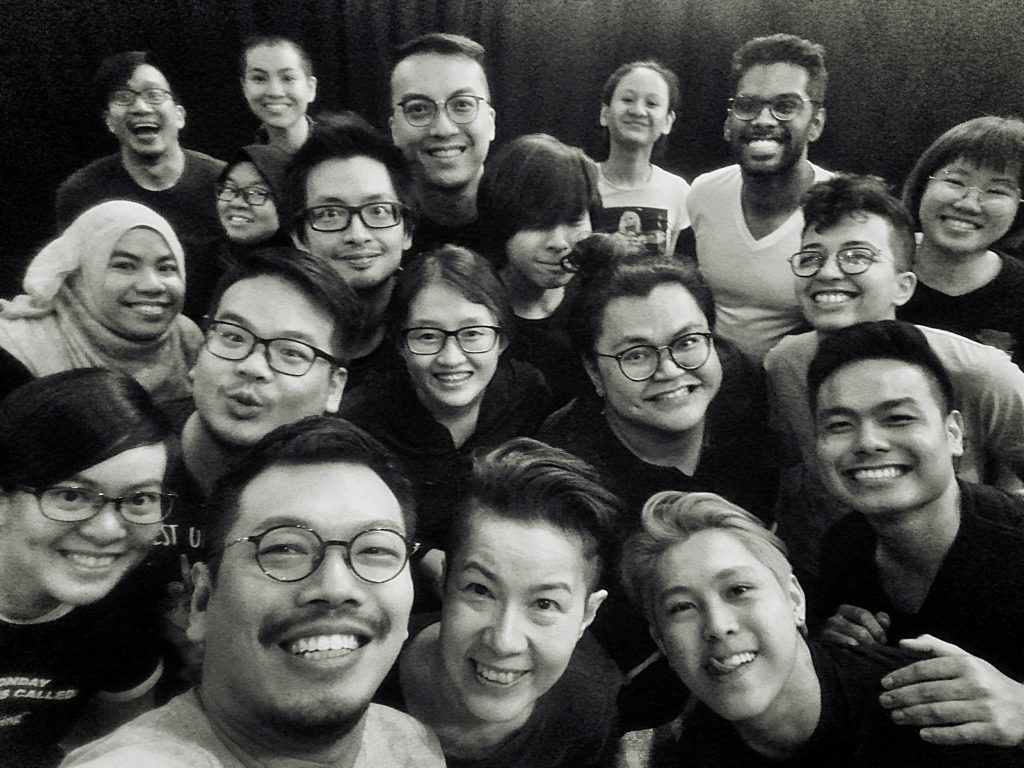 Tess Pang works as a performer in dance and theatre, models and is currently writing its first script for a short film project.

“The Power of Your Voice: A Vocal Workshop for Actors & Activists by Lee Su-Feh” is presented by Queer Lapis, in collaboration with Canadian High Commission in Malaysia, and supported by Five Arts Centre.

Does new Malaysia mean all of us without exception?