Songsang Studios: Short films that flip the narrative (and the bird) 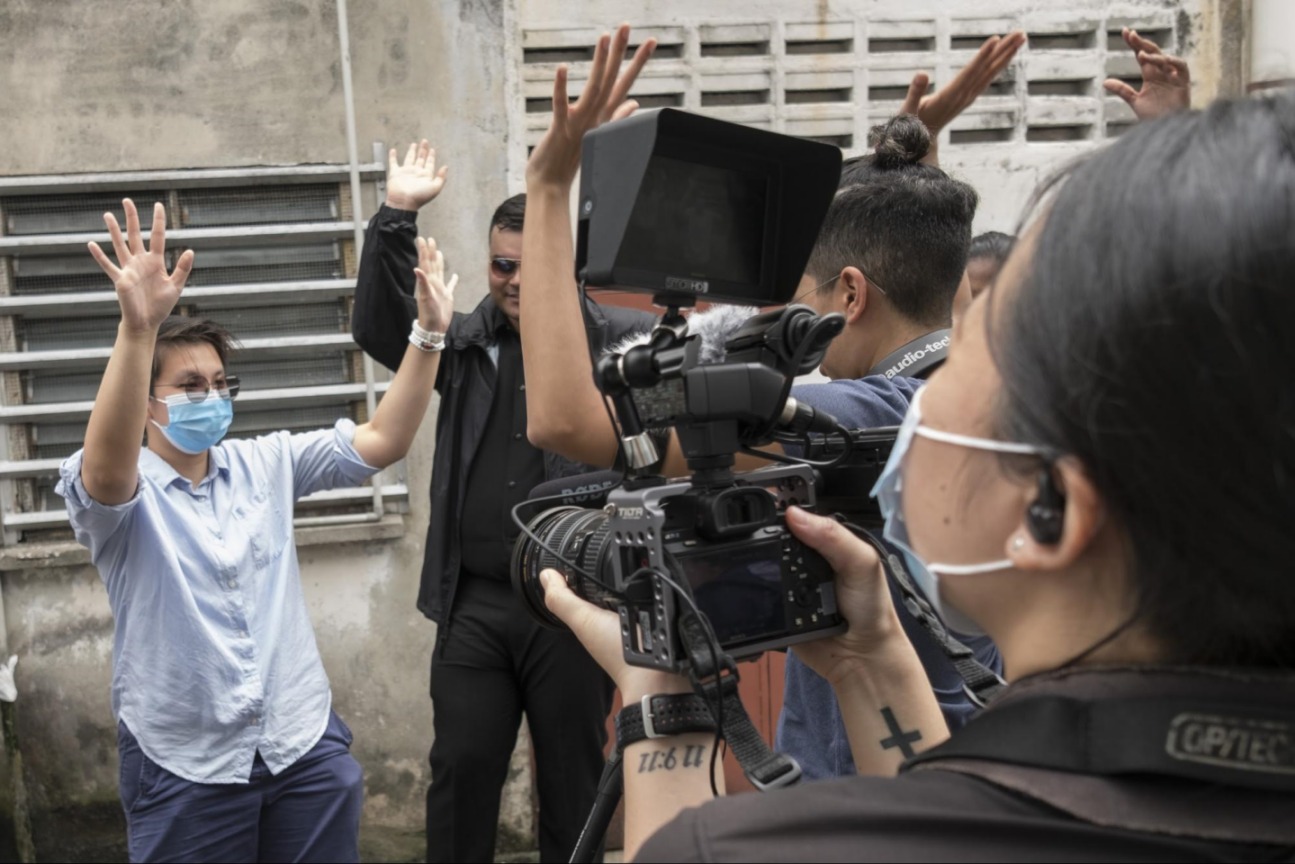 If a Malaysian who has never met an openly queer person consumes all the local media coverage and movies on LGBT+ folks at once, they would get the impression that queer folks are just lecherous, drooly pervs who prey on animals and lead depressing lives. Unfortunately, this one-dimensional perspective is the most easily accessible.

If LGBT+ folks aren’t allowed to be portrayed in a positive light in Malaysian media, how do we take back our right to a fair representation of our lives? How do we create a platform that is accessible to all, while navigating the regulations that keep us from telling our stories? How can we help others understand our daily struggles in a system designed to be against us from birth? How can we educate our peers on their rights as citizens?

Those were the questions that the facilitators wanted to address when they started Songsang Studios. The aptly-named project aims to tell our stories in a way that paints an accurate picture of what it means to be queer in Malaysia. In their own words, Songsang Studios is a participatory filmmaking journey, empowering queers in Malaysia and beyond to create videos for visibility, to amplify the experiences of sexual minorities and produce entertaining content that advocates for equality.

They put out a call out for volunteers who wanted to learn how to produce films and ended up with a crew of women and non-binary folk (yay!) who were willing to absorb filmmaking knowledge from the facilitators, like cute little queer sponges.

The trio ran workshops on filmmaking early in 2020 and when the nationwide MCO hit, they moved online. They met every Sunday, gathered stories, and the crew began filming as soon as restrictions were eased and they had secured funding from CSBR (Coalition for Sexual and Bodily Rights in Muslim Society).

And then four episodes were born!

The result is the first season—four episodes—of stories by and about queer Malaysians. Each episode is a short film followed by a session with a lawyer who gives a crash course on the situation depicted and informs you of your rights and what you should do. The online premiere for the Songsang Studios YouTube channel was held on January 15, and the audience got a little preview before the first episode, Songsang Estates, was released online.

I’ll put a little disclaimer here: I’m in one of the episodes. I’ll just say, every Friday the channel puts out a new episode and my partner and I are in the second one. It’s got cops in it. Watch it NOW. I’m shamelessly plugging but I really want you to check out all the episodes.

I’m being super optimistic, but I think these little vignettes of everyday Malaysian LGBTQ+ lives will offer insight to the public and help create an understanding that we’re not all at all what society makes us out to be. We’re just regular folks who live, work and play and get dealt a shit card for being our true selves.

Was all that glitter gold?

The whole 10-month period was a challenging, rewarding and fulfilling experience for the team. It was also rare, says one of the lead organisers. How often do you get to work with an all-queer cast and crew?

Most of the crew of volunteers had no filmmaking or acting experience, so it was a very learn-on-the-job sort of thing. To give everyone a chance to practice what they picked up, the crew rotated roles for each episode. Even if I was only acting as myself (not much effort there), I learned a lot by observing and I had fun along the way. I hate getting out of bed before 9am but waking up at 5am to shoot in an alleyway was so worth it. 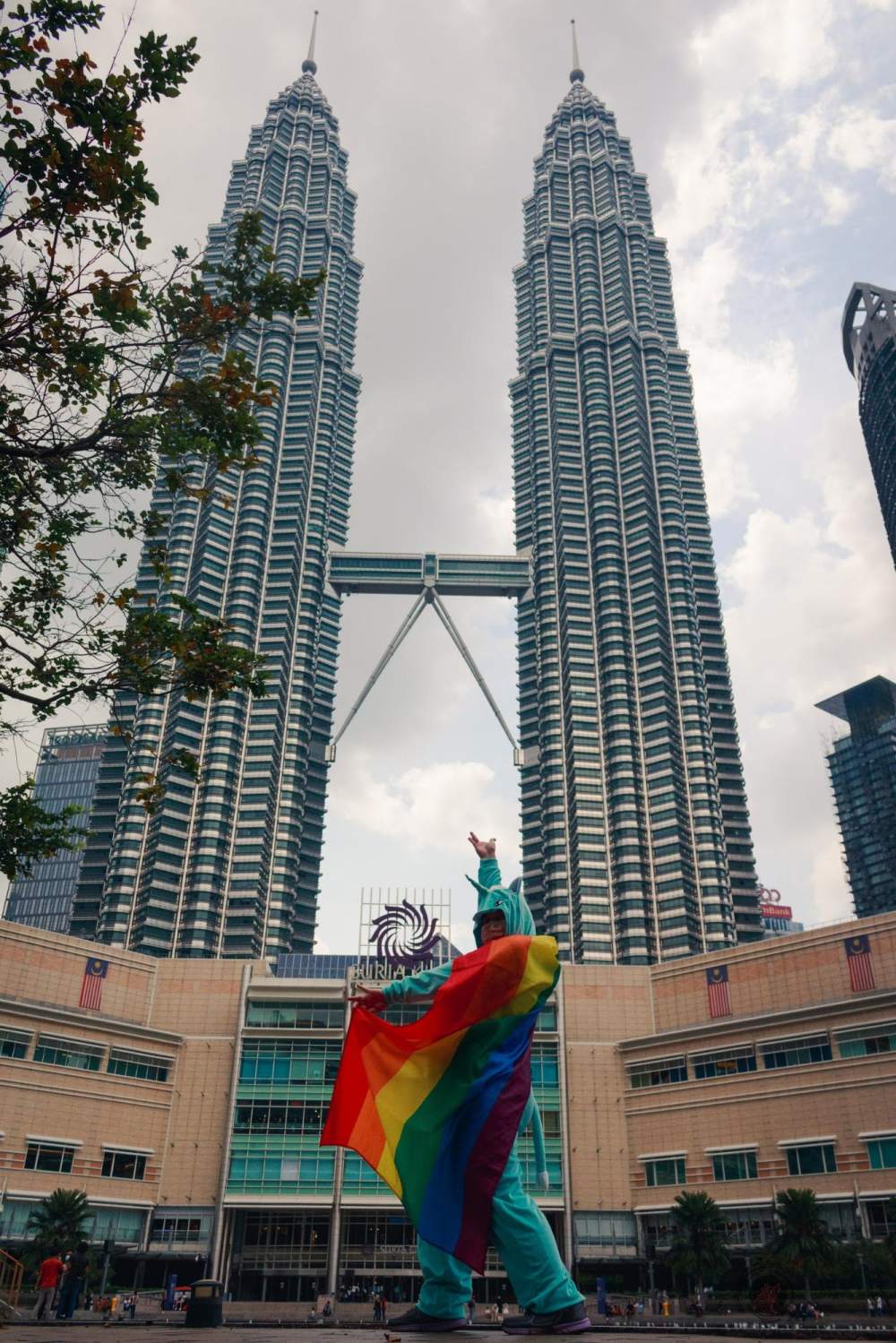 If you’re expecting every episode to be a polished work of art, you won’t find it, but what you’ll get instead is an entertaining, honest and sincere look into our lives and the start of something amazing. From what I’ve seen sitting in on their discussions, this initiative has already opened up the rainbow floodgates. We can expect more films and documentaries by and about Malaysian queers under the Songsang umbrella soon.

For the facilitators, they’re looking forward to handing over the coaching reins to the first generation of the Songsang Crew so the cycle of teaching and learning continues forever and ever, and every queer person in Malaysia (and beyond) who wants to make a film gets a chance to do it in a supportive learning environment.

The crew is taking a break now to recover from 2020 but they’ll be calling out for new volunteers soon. Keep an eye on their social media https://twitter.com/songsangstudios and email them at songsangstudios@gmail.com if you want to join the next season.