My primary school was in Kuching, Sarawak. Kuching was a unique blend of fast-paced modernity with pockets of old school time warped in between. In these old school time pockets such rumours could be devastating.

Thankfully, this rumour blew past.

But the rumour eventually came true when I entered the world of tertiary education, but it was with another classmate.

I was studying at a local outfit of an Australian campus. This whole new world where students from beyond Malaysia are studying together, bringing their different cultures, values and mindsets, was a mindbender for me. Mixing with these students through classes and student activities broadened my horizons. I reevaluated myself and realised that my boundaries were not of my own making — and that I should explore and discover myself. Here, I was able to learn more about myself — my likes and dislikes, preferences, strengths, and weaknesses.

In this private international university where you could find men from all across the globe, I would find myself staring at them on their way to classes, thinking to myself how gorgeous they looked that day. This time around, I didn’t really care what other people would think of me. I was no longer that kid in primary school scared of things unknown; instead, I embraced the unknown with a zeal for life.

It was then that I had my first sexual encounter with a guy. We were both in the same class. At first, we were cordial as we had to help each other with homework sometimes — studying one of the tougher financing subjects. It soon developed into us studying together at the library after class on a regular basis. Certain weeks saw us studying well into the night — when we got to know each other over suppers.

I was overwhelmed — to know that I was sexually attractive, to know that someone wanted my body sexually for the first time — the thrill got me giddy! I had no idea what “vers bottom” meant at all but I was curious nonetheless.

One thing led to another and one day he invited me over to his place to study — adding that his parents would be out of town and he had the place to himself. It was clear we weren’t going to do any studying.

We drove over (ten minutes from uni), made our way up to his bedroom (luxuriously queen sized) and before I knew it, we were passionately making out, groping each other for what felt like eternity (it was five minutes.) We took each other’s clothes off. Then he pushed me back onto the bed, crawling on top of me.

For the first time ever, I saw another man naked and erect and glistening with pre-cum — and knew right there and then that I was undeniably gay as fuck.

I quickly discovered where my pleasure points were. At one point I was so clumsy, I swung around in bed only to knock his head with my foot — it was terribly embarrassing — but I powered through with zeal to fully embrace the moment. Thankfully he was a willing and patient teacher.

Since then, I experimented a little more with sex, meeting people through websites and apps. I dated with my fair share of men, trying out different positions, experimented with fetishes, and seeing what my limits were.

At some point, I knew I had to come out to my family but I didn’t want to do so without some sort of back-up plan in a worst case scenario. This was perhaps why I waited until after graduating from university and securing a good job before finally telling the truth to my mother and brother. I remember we were all together in the car as I spurted out my truth. Surprisingly my mother took it well. She even went online afterwards and educated herself about LGBT terms — like vers bottom! 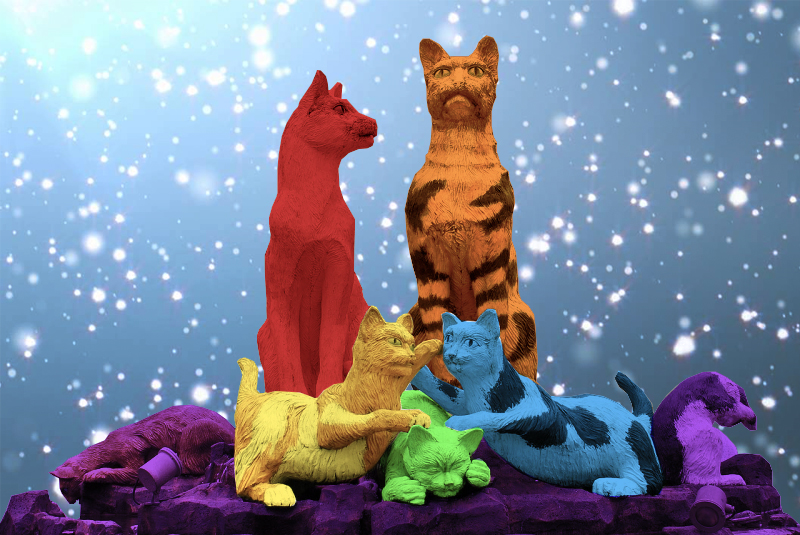 One good thing about living in Sarawak is that the general attitude is quite open-minded and tolerant, if not accepting. I see it in the way we treat different people from different race, gender, and age. I hope the whole country can head in the direction of Sarawak.

Today, I feel happy and complacent with where I am in life. I came to realise that my life is of my own; I didn’t need approval nor acceptance to live my life the way I want to. I am openly gay and make it a point to embrace the LGBTQ community and continue to educate myself as I educate others. By the way, my toilet-partner and best friend from primary school turned out to be gay too — though we didn’t realise it back then. Surviving the gay rumour cemented our lifelong friendship.

Perhaps things can improve, but for the moment I soak it all in and stay thankful for how far I’ve come. As the saying goes, “It took me a long time to accept myself for who I am — I will not tolerate being around anyone else who makes me feel anything less.”

Ronnie Teo-Bullecer is a 31-year old writer, a hopeless romantic, and a natural-born-optimist.