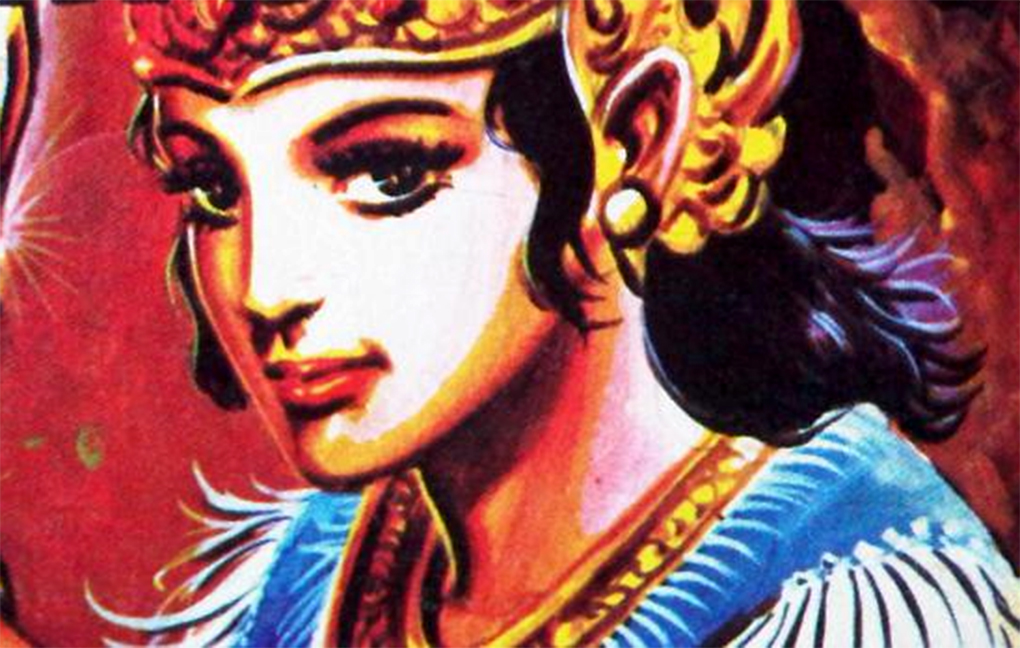 From the #CampurLGBT campaign comes this epic tweet thread by Malaysian trans man Dorian Wilde providing an overview of the history of queerness in Malaysia. Some of the referenced texts below are thumbnailed. Click on them to view the full size and read. Most of texts he is referencing are from Michael Peletz’s important 2009 book “Gender Pluralism: Southeast Asia Since Early Modern Times” (New York: Routledge) and also his 2006 essay “Transgenderism and Gender Pluralism in Southeast Asia since Early Modern Times” published in the journal Current Anthropology. Read on and see how queers have been part of a long colourful history in this region that has contributed to our proud Asian diversity. — ed. 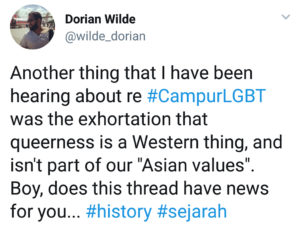 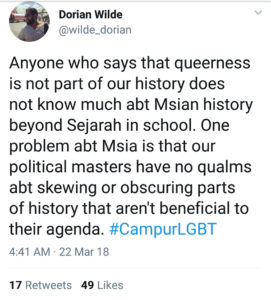 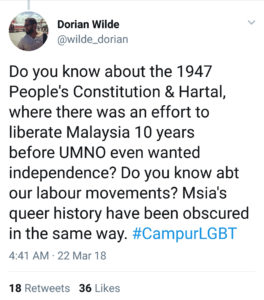 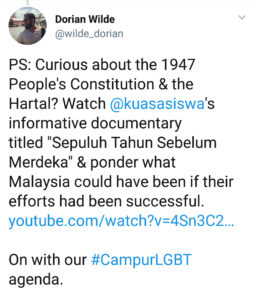 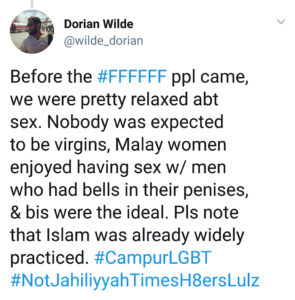 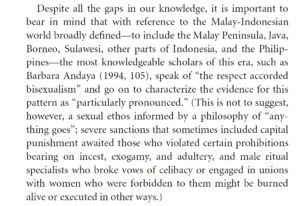 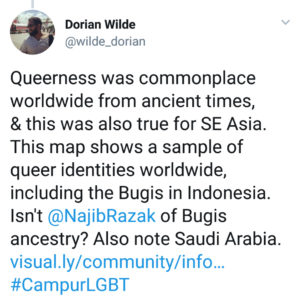 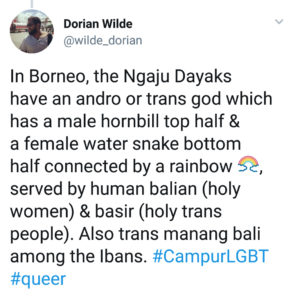 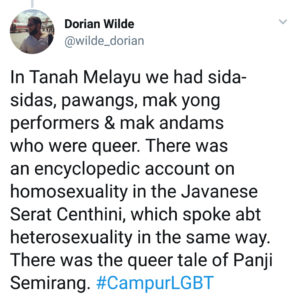 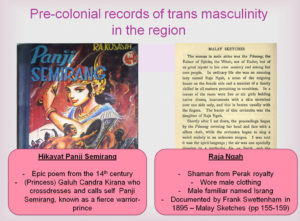 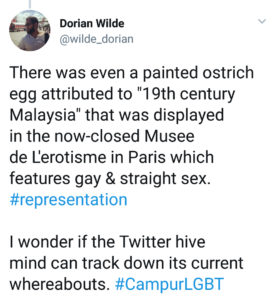 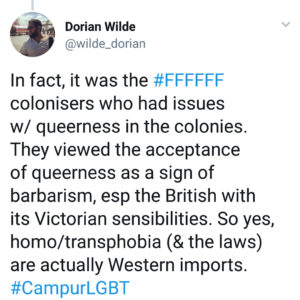 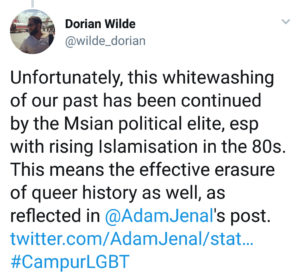 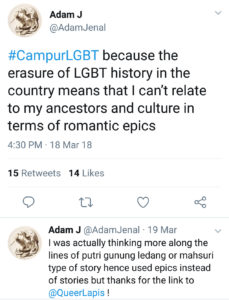 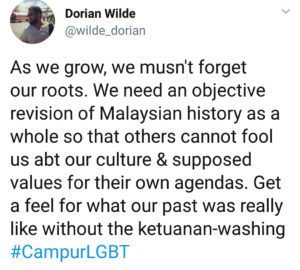 Dorian Wilde is the founder of Transmen of Malaysia. You can find the original tweet thread here. Check out the replies and feel free to retweet!