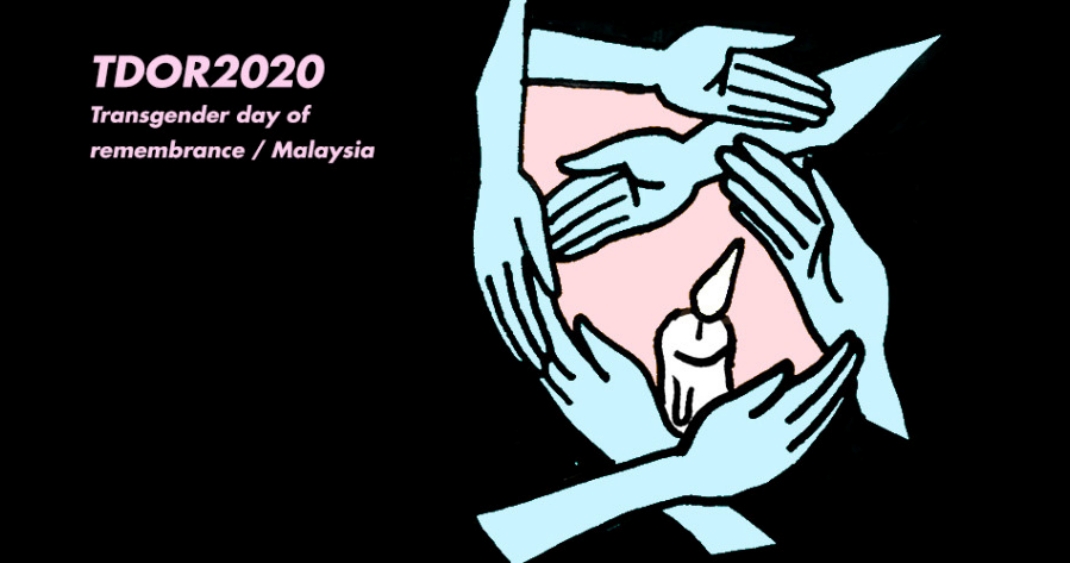 In conjunction with Transgender Day of Remembrance (TDOR) on 20 November 2019, we commemorate the lives of trans and gender diverse persons lost to hate crimes and anti-transgender violence.

According to the Trans Murder Monitoring (TMM), globally, 350 trans and gender diverse people were reportedly murdered between 1 October 2019 and 30 September 2020, a 6% increase in reported murders from last year. The report shows:

In Malaysia, at least 2 cases of murder of trans women were reported between November 2019 and October 2020:

May/June 2020 – a trans woman from Indonesia was found dead in her room after she went missing for a few days. Her neighbours noticed the odour of her decomposing body and notified the police. She was allegedly murdered by her boyfriend, who is also a foreigner.

June 2020 – a young trans woman in Johor Bahru was found dead in her home after her friends contacted her house owner as she was ‘missing ‘ for a few days. The case was investigated by the police. The outcome of the case is unknown.

These are some key cases and trends of violence against trans women that we have documented in 2020:

Trans and gender diverse people are also hard hit by the Covid-19 pandemic. Aside from being disproportionately affected economically, many trans and gender diverse living with unaccepting family members are vulnerable to violence and increased mental health issues. SEED Malaysia observes an increase in trans women seeking shelter due to violence and lack of acceptance by family members.

Our documentation shows while trans and gender diverse persons face multiple forms of violence, most cases are not reported. Many trans women, especially sex workers lack access to justice due to the multiple forms of criminalisation under the laws, state policies that promote ‘rehabilitation’, and the increasing social stigma, perception and attitudes towards transgender people.

In addition, previous negative and traumatic experiences with the police and state officials deter trans and gender diverse persons from seeking support and assistance. As a result, these violence that could have been prevented, are prolonged with impunity and remain invisible. Further, trans and gender diverse persons are burdened to resolve the violence and violations that they face on their own, deepening their marginalisation.

The sense of marginalisation, neglect, and lack of security and safety experienced by trans and gender diverse persons is further aggravated by exclusionary, non evidence and rights-based statements by state actors. In line with the government’s vision of shared prosperity and commitment to leave no one behind, we recommend: