A reflection of Transgender Day of Remembrance (TDOR) 2021 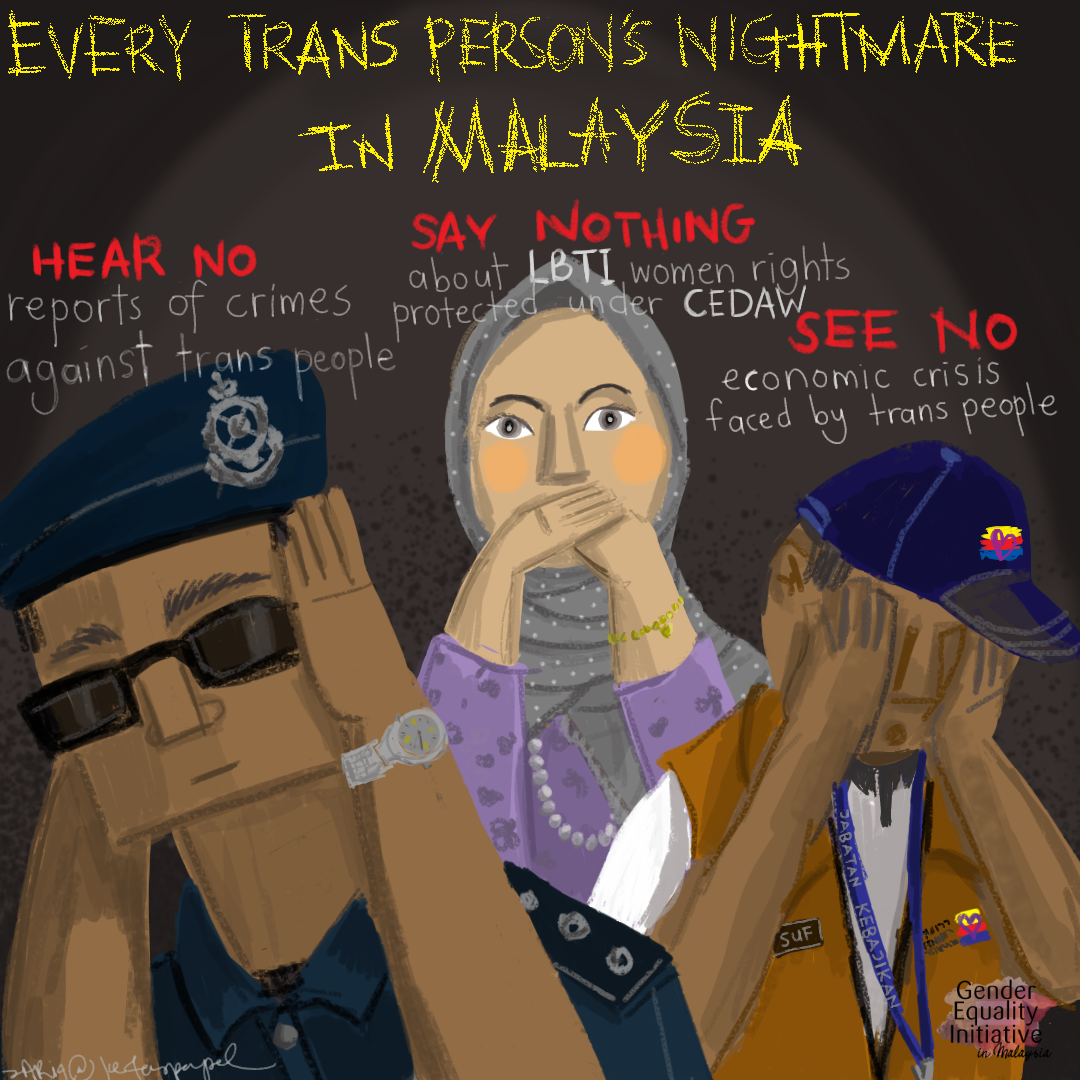 20 November marks the Transgender Day of Rememberance (TDOR). On TDOR, we commemorate all trans and gender diverse people lost due to violence and crimes.

According to Transgender European Union (TGEU), between October 2020 and September 2021, at least 375 trans and gender diverse people have been reported murdered.  Of which, 96% were trans women or femmes. Meanwhile, 58% of them were sex workers. This highlights the increased vulnerability faced by trans women sex workers due to criminalization and stigma surrounding sex work.

In Malaysia, at least two cases of murder of trans women were reported between November 2020 and October 2021. 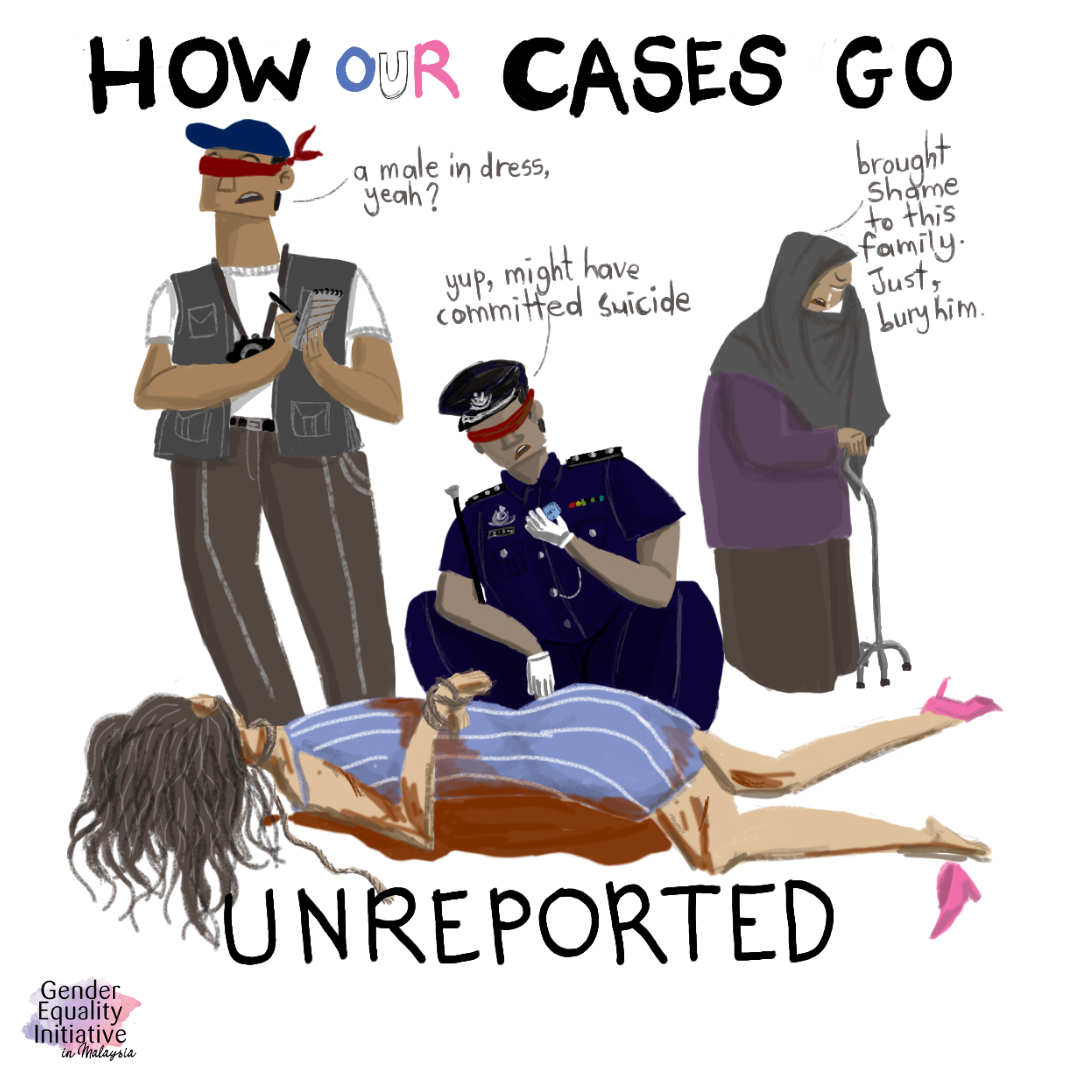 This year, Gender Equality Initiative, Justice for Sisters and SEED Malaysia hosted a webinar and a memorial in conjunction with TDOR. The webinar, among others unpacked gender, ‘gender ideology’ and trans exclusionary radical feminist (TERF), gender based violence against trans women. Here is Evelynne Gomez’s response to ‘gender ideology’ , TERF and if trans women are a threat to cis women.

Right off the bat, I’ll just start by saying trans women of course are not a threat to cis gender women but this is the messaging that TERFs, or ‘trans-exclusionary radical feminists, are weaponizing so effectively and in so many different ways across the world in order to spread their ideology, which is a specific form of transphobia, and more specifically transmisogyny, because TERFs mostly target trans women and transfeminine people, that says trans women are excluded from womanhood and therefore should also be excluded from women-only spaces.

So here’s the problem. TERFs define womanhood exclusively by “sex-based” oppression, aka oppression as a result of being what they  term “biologically female”. This idea is a big problem because it weaponises a reductive understanding of “biology” to argue that ‘women’ – or those assigned female at birth – all experience gendered oppression in the same way. But as we all know, this is not true as it erases our diverse experiences of gender and how it intersects with other issues such as race, class, sexuality, religion, disability, and many other structural factors.

The thing is, terfs often call themselves “gender critical” but, the issue arises in the failure of them to similarly be “sex critical”. We know that the gender binary is obviously a social construction that is important to criticise, but there’s less conversation in most mainstream spaces about the sex binary and the assumption that everyone can be split into two discrete biological sexes, “male” and “female”. TERFs use this confusion to their advantage to advance their ideology. 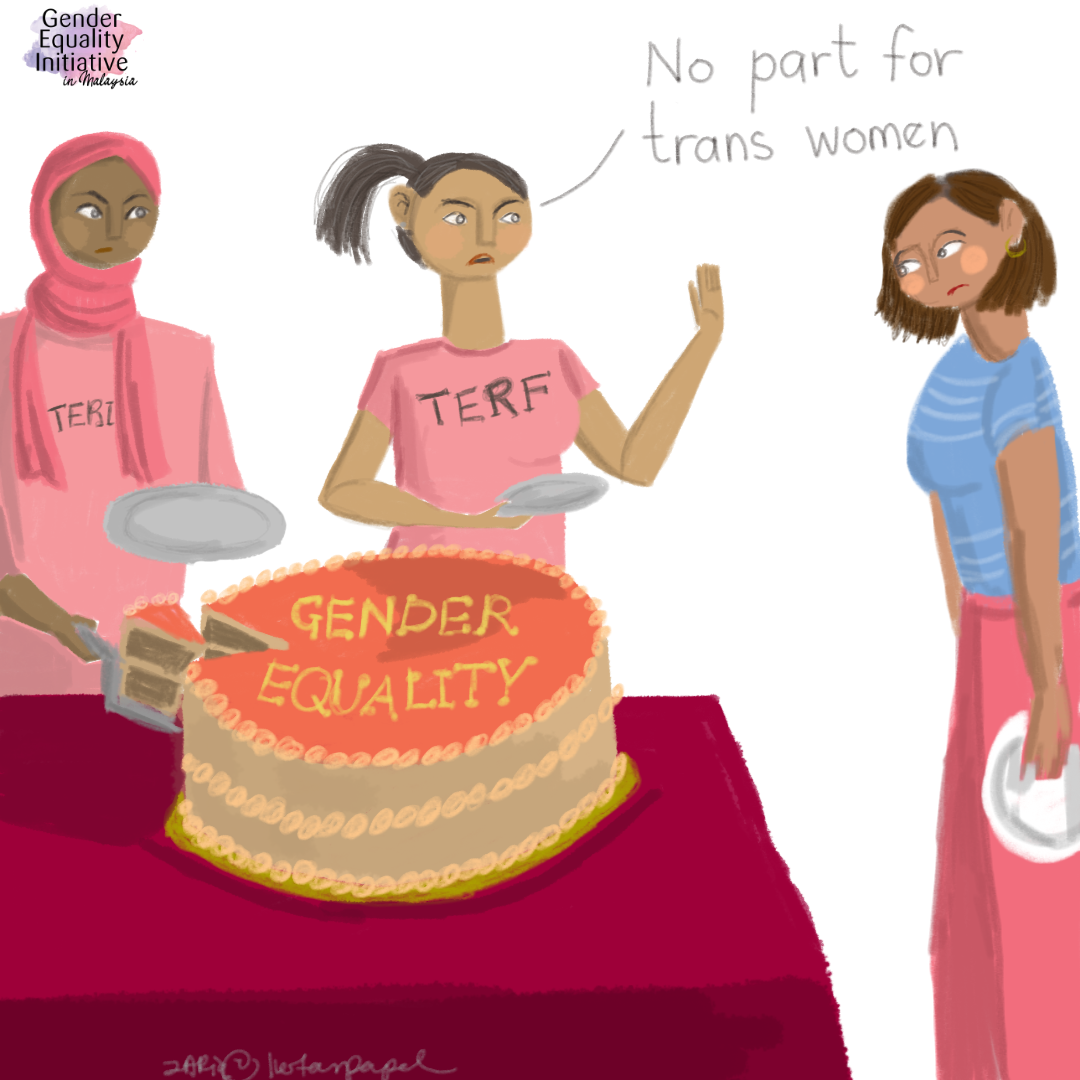 This series of visuals by Zariq Hanif @kertaspapel were inspired by a webinar by the Gender Equality Initiative, Justice for Sisters and SEED Malaysia in conjunction with TDOR on 20 November 2021