[Infographics] Why is it so hard for LGBTQ Malaysians to get Mental Healthcare? 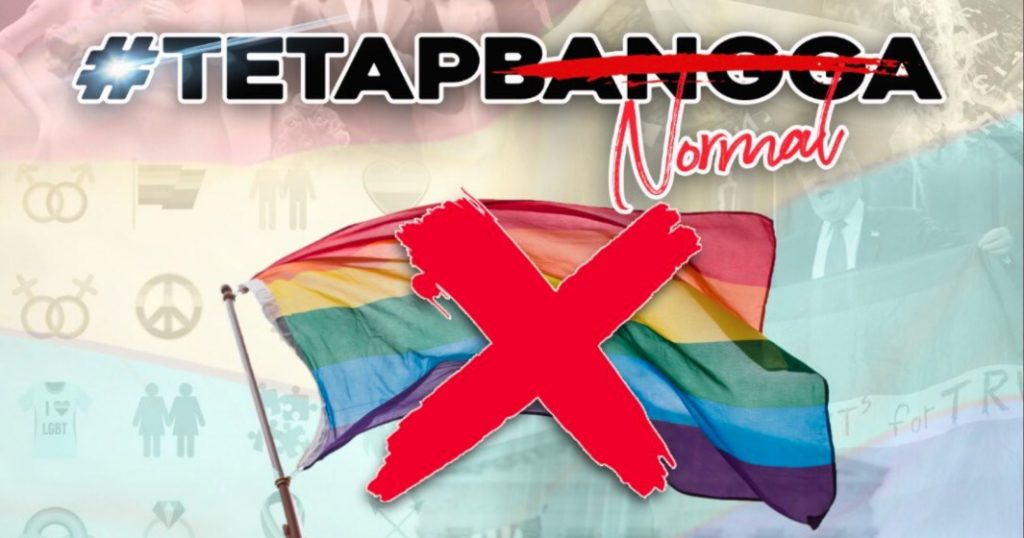 I woke up feeling rather normal. I lay in bed for a while, then suddenly remembered I was LGBT and had an obligation to society to fulfil—doing evil things all day. I got so excited I jumped out of bed, startling my servant who had been waiting patiently in the shadows for me to wake up.

While sipping piping hot coffee extracted through child labour and prepared by my dutiful servant, I sent an email to several high-ranking officials about the millions I had just transferred into their offshore accounts.

Please enjoy the money from xxxxx Fund, courtesy of the hard-working pilgrims saving up for the hajj. Soon, we will go on our own pilgrimage… to the casinos of Monaco! On a yacht! Syukur.

“Syukur” justifies every sen of rezeki.

After my morning massage, I stood on the balcony and spat on the small children in the playground below. They howled in protest, but little Fatimah, cheerfully wiping the spit from her eye, chirped, “When I grow up, I want to be a gay so I can be evil, just like Uncle Faris.” What a clever child!

I had a meeting to attend, so my servant dressed me in my finest. My 6-foot-5 chauffeur/bodyguard, George, met me in my gleaming tax-free Bentley.

“You look very evil today, Tan Sri Datuk Seri Faris,” he said, after his customary bow and ring kiss. Duh, don’t I look evil every day? I chose this LGBT life and I deserve every moment of evil.

We ran every red light and drove well above the speed limit. Fines are cheap and only for poor, normal people. While snorting cocaine in the backseat, I checked my Twitter feed. Who the hell are all these #TetapNormal people? Parading their normalness like it’s natural! This is definitely a Western ideology and it’s not our culture. Next thing you know they’ll be demanding things like not wanting to be killed. Silly people.

I threw the empty coke baggies out the window, even though there was a bin in the car. One little baggie hit a police officer who had been chasing us on a motorcycle. We stopped the car so I could hand over an angpow stuffed with cash. The police officer’s eyes lit up as he opened it, and he offered to escort us the rest of the way so we wouldn’t be bothered by ambulances and tolls. How kind!

George parked in the disabled spot as it was closest to the entrance and I told him to growl at anyone who looked at him or the car.

The meeting was very boring. Something about a logging project in an Orang Asli area blah blah blah. I don’t see what the fuss is about. God created nature for us to make money, and there’s plenty of jungle for everyone. Why don’t the Orang Asli just move to the next one? It’s not like they have a lot of things to pack. Everyone at the meeting was also very gay and we laughed evilly as we shook hands and signed papers.

After the formalities, we turned on the TV to watch the election announcements. Every person we handpicked had been elected to their respective posts, just as we had planned. So many gays! It will be even easier to do business from now on.

To celebrate our success, we hit the clubs. As we sipped on champagne, my friend told me about his latest wife, who is 10 years old. Before this, I had my doubts on whether or not he was evil enough to be gay, but marrying a child confirmed it. He proudly showed me pictures of her and his similarly-aged daughter, at their school’s sports day. Their team had won the gunny sack race. May God bless this happy family.

That night in bed, surrounded by beautiful sleeping trafficked sex workers, I reflected on what a wonderful life I have. As my servant retreated into the shadows for the night, I whispered to her, “We should be grateful for this wonderful life.” Syukur, indeed!

Since the above-mentioned events, Tan Sri Datuk Seri Faris has been appointed to the boards of several government-linked companies.

[Infographics] Why is it so hard for LGBTQ Malaysians to get Mental Healthcare?