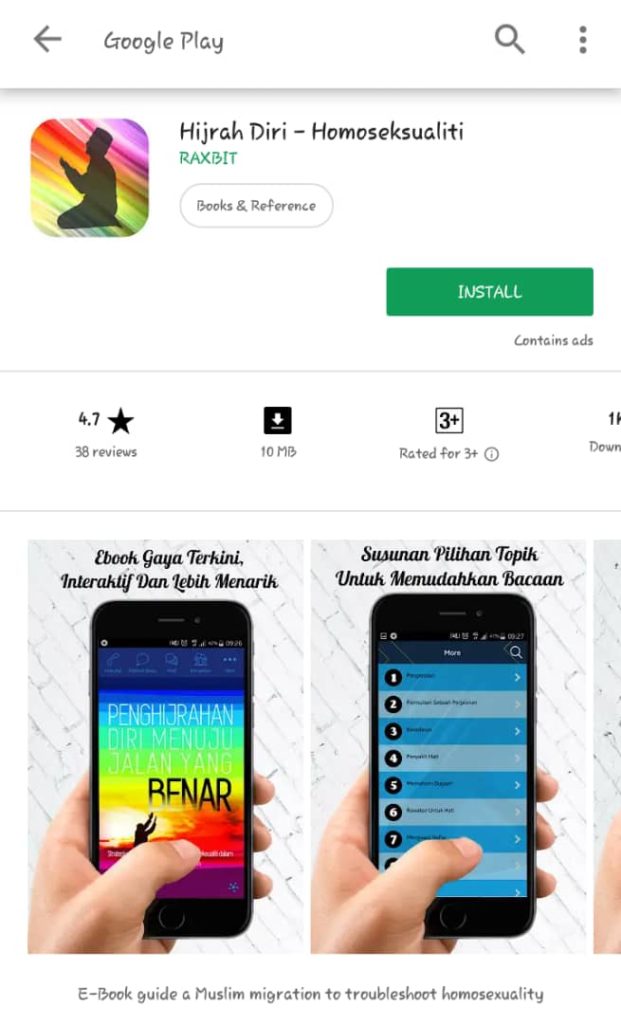 LGBT people are special. Never has a minority group received so much attention and had so much money spent on our ‘rehabilitation’. Even prisoners aren’t so fortunate. Eradicating LGBT people is more important than prison reform, sex education, or alleviating poverty. They must love us!

Since 2011 we have had special camping trips with a special Arabic name, mukhayyam, which means ‘camping’. These 3 days 2 nights camping trips, organised by state religious bodies and NGOs, are held six to eight times a year, with various outdoor activities such as zip lines and campfire games. They are aimed at toughening up effeminate men and trans women. It hasn’t really caught on with the lesbians, according to the authorities. At the end of the camp, small financial tokens are given to participants who have returned to “the right path”. It makes us feel bad that money is poured into reform camps while there are jobless single mothers forced into prostitution because they can’t get zakat money.

The government loves us so much, they want us to be entertained. The following year they made a play for us, called Asmara Songsang (Deviant Desire).

The plot is simple. A bunch of queer people have loud parties, enjoy casual sex, and take party drugs all the time at home, which upset the religious neighbours. The religious neighbours advise the LGBT folks to change their behaviour and follow Islamic practices to return to “the right path”. In the end, the ones that didn’t repent are struck by lightning in a massive thunderstorm. Lightning, as we all learned in school, is nature’s way of wiping out sinners. That is why Malaysia has so many thunderstorms.

The play was written by Rahman Adam (in about 30 mins, I presume) as an attempt to dam up the LGBT wave that was threatening to engulf our beloved nation. He was likely also inspired by a large budget, government endorsement, and the upcoming 2013 elections, which Anwar Ibrahim contested in.

The play was well received, based on the number of free tickets given away to school kids and people who wanted them or not. The government took the show on the road to 12 schools and universities, where more kids were surprised by free tickets, and a terrible plot. The whole exercise could not have been cheap, as the cast included TV stars who earn more than regular theatre people. The play and tour were fully sponsored by the Department of Special Affairs (JASA), a unit of the Ministry of Communications and Multimedia, which received RM60mil budget this year (but has been disbanded by the new government).

Show us the love!

The government loves to talk about us all the time in parliament. They pay special attention every time we add another letter to ‘LGBTQ’. The ‘Q’, according to minister in the Prime Minister’s cabinet Mujahid Yusof Rawa, is for drag queen (it isn’t). The more letters we add, the more dangerous we are. He did not mention the ‘I’, ‘A’, or +. It is for the best.

Since 2012, we have had various programmes in schools and universities in the form of seminars with the intention of approaching the matter from all angles — psychological, psychosocial, psychospiritual and health. JAKIM calls it the ‘tarbiah dan dakwah’ (translation: evangelising) approach.

According to JAKIM, a total of 3,000 LGBT persons have returned to “the right path” since the start of these programmes, although it did not qualify how that figure was reached. Was it based on the number of people attending mukhayyam and seminars? Is there list of ex-gays?

2016 was a special year for us, as the government launched the Pelan Tindakan Menangani Gejala Sosial (Perlakuan LGBT) 2017-2021 (translation: Action Plan to Handle Social Ills (LGBT Activity). A five-year plan is normally reserved for actual economic development activities, but we queers have a plan made out just for us. So many government departments and NGOs did not want to miss out on showing us their love, and using up all the available funds. JAKIM is in it, of course, along with 20 strategic partners, including the Ministry of Education, Ministry of Women, Family and Community, and the Ministry of Youth and Sports.

Under this five-year plan, the government has released treatment and rehabilitation (Ilaj Wa Syifa) modules for lesbian and gay persons.

Then they thought to themselves: “How do we reach these kids? Oh, yes. These kids are on their phones all the time. Let’s spend lots of money on an app!” And as everyone knows, government apps are never cheap and must maintain the intentionally shit aesthetic of all other government websites, posters, and tourism logos.

That’s how we got the self-help e-book, called “Panduan Hijrah Diri” (translation: Personal Migration Guide). The description on Google Play is “an e-book guide a Muslim migration (sic) to troubleshoot homosexuality”. I’m disappointed there isn’t a call centre where you can call in and troubleshoot your broken homosexuality with a homosexuality tech support executive.

Tech support: Thank you for calling Homosexuality Tech Support, how can we help you?

Me: Yes, I’m having trouble with my homosexuality.

TS: Could I have the serial number, please? It’s located under the box.

TS: Have you tried switching it off and on?

Me: I can’t. That’s my problem. I need to switch it off because I’m getting married to a person of the opposite gender.

TS: Was it connected to the network when it malfunctioned?

Me: Yes, very connected. I was on all the homosexual apps and I even joined a gym.

Who is really benefiting?

JAKIM’s budget of RM810mil has been defended by the new Minister in Prime Minister’s Department for Religious Affairs. We are not sure exactly how much is being used for anti-LGBT campaigns, but it doesn’t look like a small amount. We deserve some transparency on this spending. Why is the government spending all this money on spreading hate and misinformation towards a small, marginalised group of people who, by the way, also pay taxes? Millions of ringgit have been wasted on apps, activities and plans designed around a gross misunderstanding of who we are (Q for drag queen… ok). In all seriousness though, who is really benefiting from all these state-funded activities? Certainly not LGBT folks. We’re not getting paid hundreds of thousands of ringgit to write plays, run seminars, print books, or create apps.

If anything, these activities have painted the LGBT community as the enemy. As a result, they make it more difficult for LGBT folks to access employment, healthcare, education, protection, and basic services that every other Malaysian take for granted. Simply leaving the house puts many of us at risk. Actually, we’re not even safe in our own homes anymore.

Instead of spending so much on an app that eats up our phones’ memory, the money could have been better spent on sex education or programmes to help youths understand diversity and inclusivity. Back in 2013, sex education was a no-go for the government. Today, we are seeing the impact of the lack of sex education; kids are not equipped with the necessary information and skills. In fact, sex ed could really address a very real issue affecting the country — teen pregnancies and abandoned babies. What about an educational film that actually includes real LGBT persons talking about OUR sexual orientation and gender identity & expression? We need more positive representations of ourselves — we will show that not only have we survived lightning strikes and HIV and the government, but in fact, when we live in communities and families that accept us, everyone actually gets along!

As long as the rakyat chooses to remain ignorant, a few self-appointed people will continue to receive state funding to carry out these terribly misguided LGBT rehabilitation programmes. We really must ask ourselves every time we pay taxes (plus SST), are we really forking out our hard-earned money to fund this? Where should the government’s priorities lie?